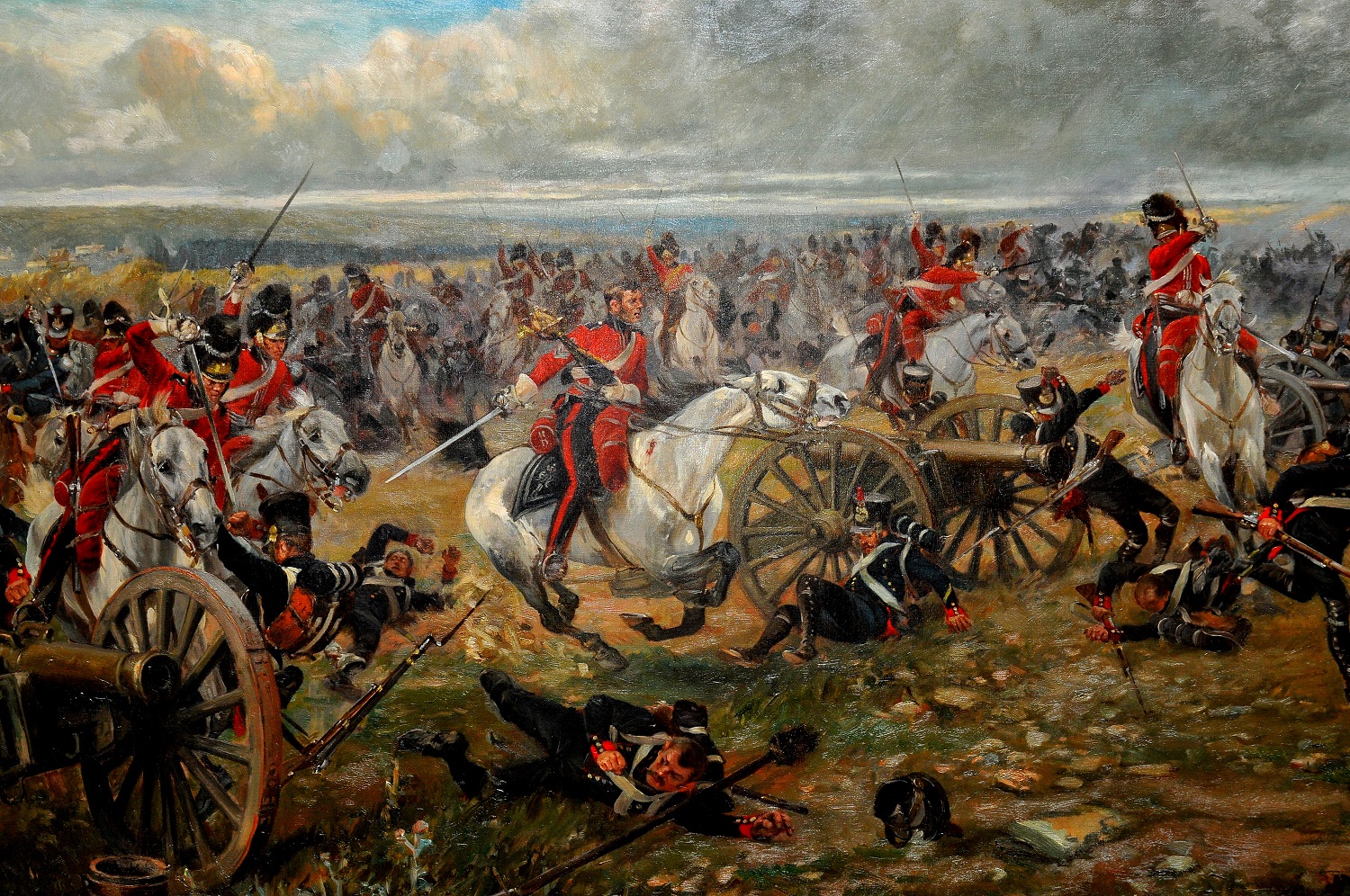 WATERLOO DAY
Association
No items found.
The 18th June is Waterloo Day, remembered by the Regiment for the famous cavalry charge of the 2nd Royal North British Dragoons (Scots Greys).

The 18th June is Waterloo Day, remembered by the Regiment for the famous cavalry charge of the Scots Greys as part of the Union Brigade. Initially the Brigade were sited on the reverse side of a ridge, so they would remain unseen from the French army. As Napoleon’s men came up the slope to attack the infantry, the Union Brigade emerged over the ridge, charged down and smashed into the French ranks halting the first major attack. What must it have been like for the French infantry to suddenly hear the thunder of hooves and see the cavalry emerge, picking up speed towards them?

Instead of returning to their lines the Scots Greys continued on to attack the French. Unfortunately this was a step too far. Their horses tired and the French Cuirassiers and Lancers swooped onto the Greys as they attempted to return. The 2nd Dragoons had halted Napoleon’s advance but at great cost. From 391 men who went into battle 102 were killed and 98 wounded.

The individual stories of bravery are incredible. Captain Edward Cheney, whose Waterloo medal is held by the regimental museum, had four horses killed and a fifth wounded from under him in the battle. Lt-Col James Inglis Hamilton who led the charge was seen holding his horse’s reins in his teeth as he had been badly wounded in both arms; he would be killed before the end of the battle. The saddle of Lieutenant James Gape still has two musket balls lodged in it but was one of the fortunate men that survived.

The most famous story is that of Sergeant Charles Ewart who took the French 45th Regiment of Infantry of the Line’s standard.

On taking the standard and eagle, Ewart was sent to the rear so as to protect the trophies. As a result he survived the conflict and was made a commissioned officer with the rank of Ensign.

The eagle and standard were housed in Chelsea Hospital before being returned to the Scots Greys in 1956. They are now on display for hundreds of thousands of people to see every year who visit the Royal Scots Dragoon Guards Museum.