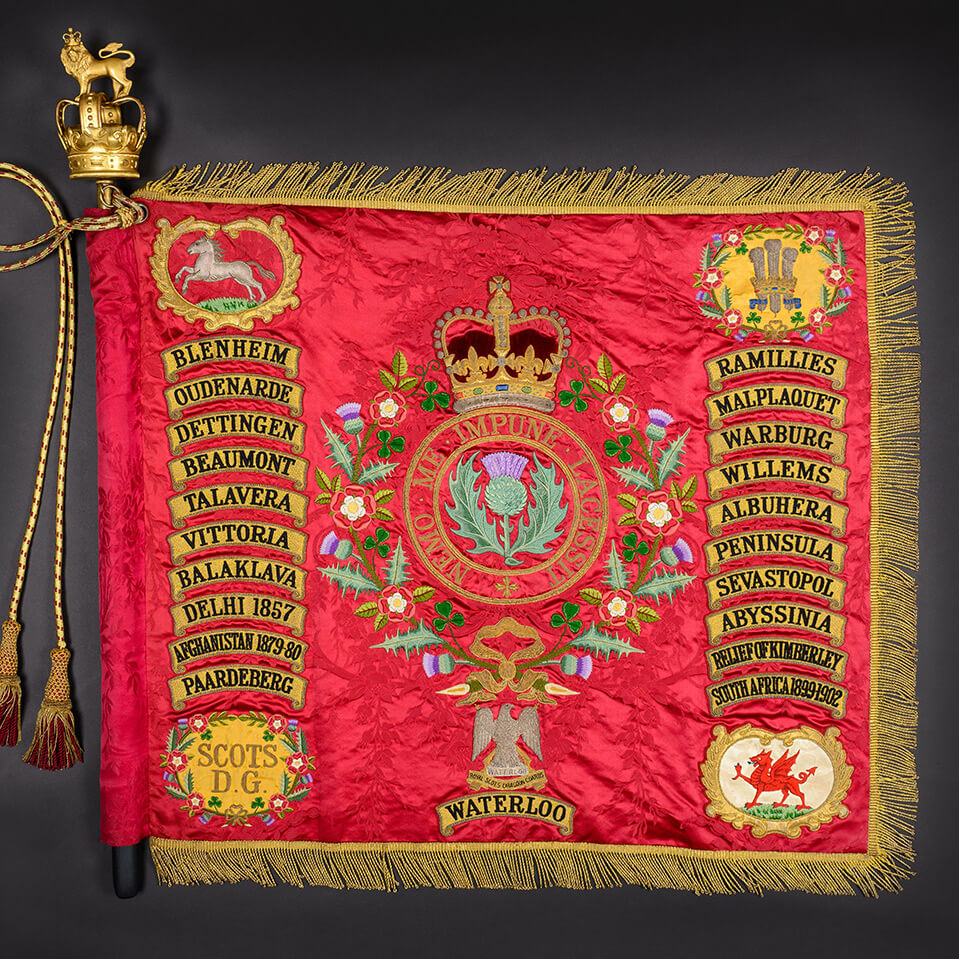 A battle honour is an official recognition of regimental achievement, either at a particular battle or during a campaign. Battle honours have traditionally been borne on British cavalry flags and drum banners. They appeared in significant numbers on flags during the 19th century and are still displayed with pride by the Royal Scots Dragoon Guards today.

Cavalry flags in the British Army are known as either standards or guidons. Standards were originally carried by regiments of horse; guidons were borne by dragoons. Regiments would typically have three flags including the Sovereign’s as the first standard or guidon. By the beginning of the 19th century, the practice of carrying flags into battle had declined and they became largely ceremonial.

In the 19th century many battle honours were awarded retrospectively. Regiments added each new battle honour to their flags until they ran out of space and had to be selective. When the 3rd Carabiniers amalgamated with the Royal Scots Greys to form the Royal Scots Dragoon Guards (Carabiniers and Greys) in 1971, the new regiment inherited its antecedents’ battle honours. As Colonel-in-Chief, Her Majesty the Queen presented the regiment with a new standard at the amalgamation ceremony in Holyrood Park in Edinburgh. This standard was retired in 1994 and is now on display in the regimental museum.

Today the regiment has 44 battle honours embroidered on its first standard from the War of the Spanish Succession to the Iraq War.