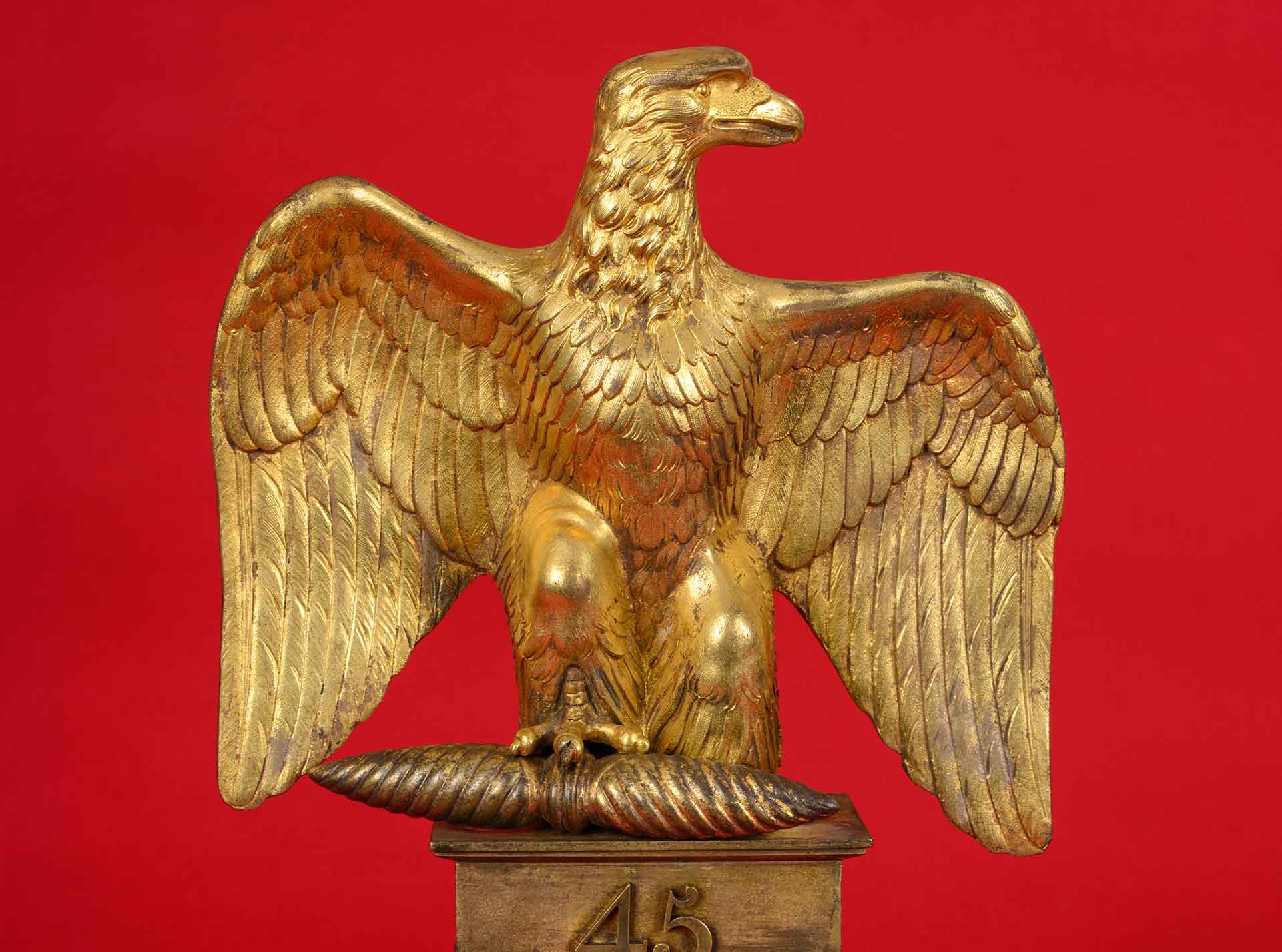 Highlights from our collections

The Museum preserves a variety of objects representing the remarkable courage displayed by soldiers on the battlefield. However, the collections also illustrate other important aspects of regimental history, including military music. The Archive contains significant material documenting everyday life in the British Army and the experiences of those who saw the world at a time before most people could travel. 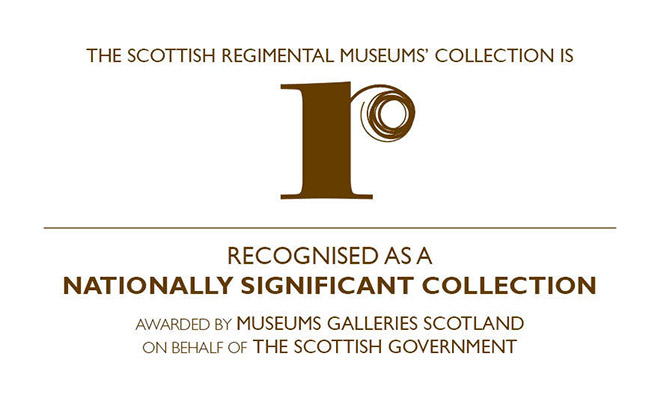 The Waterloo Eagle and Standard

The eagle and standard of Napoleon’s 45th Infantry Regiment of the Line were captured by Sergeant Charles Ewart of the 2nd (Royal North British) Dragoons at the Battle of Waterloo on 18 June 1815. Ewart won his trophy in a fight to the death with the French standard-bearer after the Union Brigade made its famous charge.

In Napoleon’s Grand Armée, regiments carried a silk standard on a staff with a silk cravat at the top and a gilded bronze eagle finial. The standard was a tricolour of blue, white and red bearing the name of the regiment and its battle honours. The symbol of the eagle with a lightning bolt held in its claws reflects the influence of Roman iconography on Napoleon’s Empire. In Ancient Rome the eagle was a military symbol representing the god Jupiter. 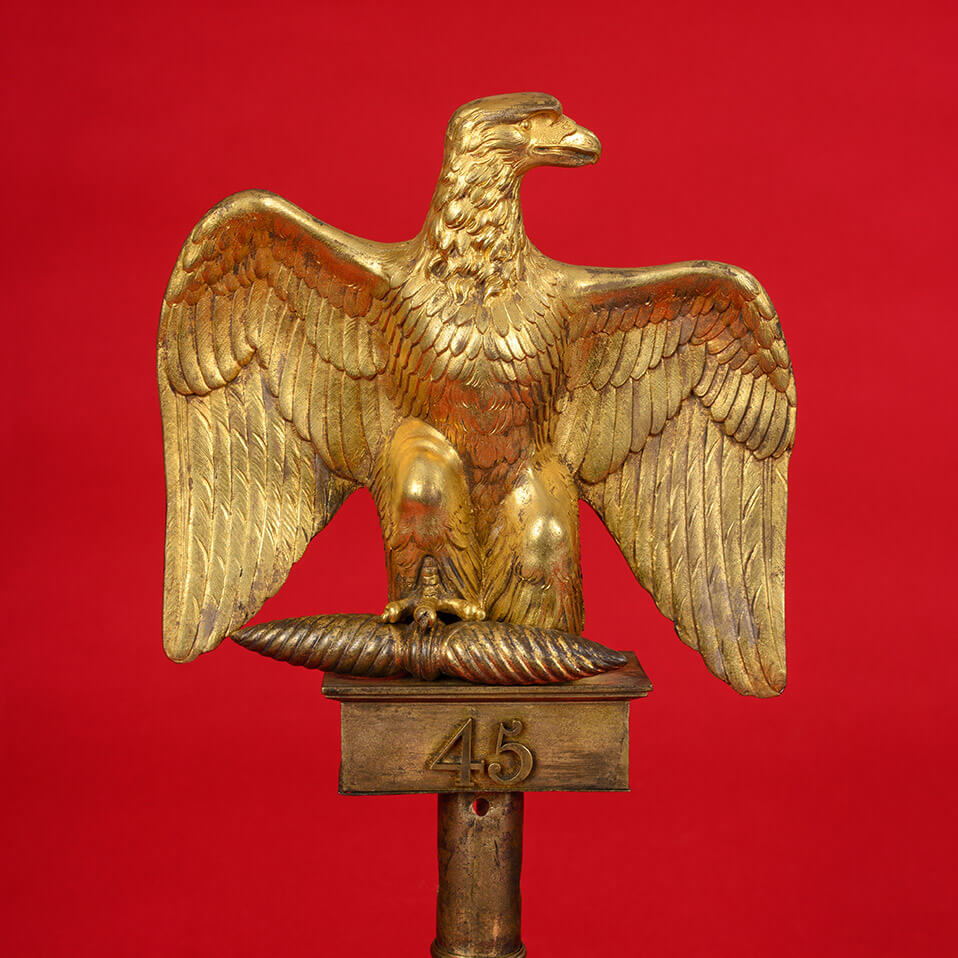 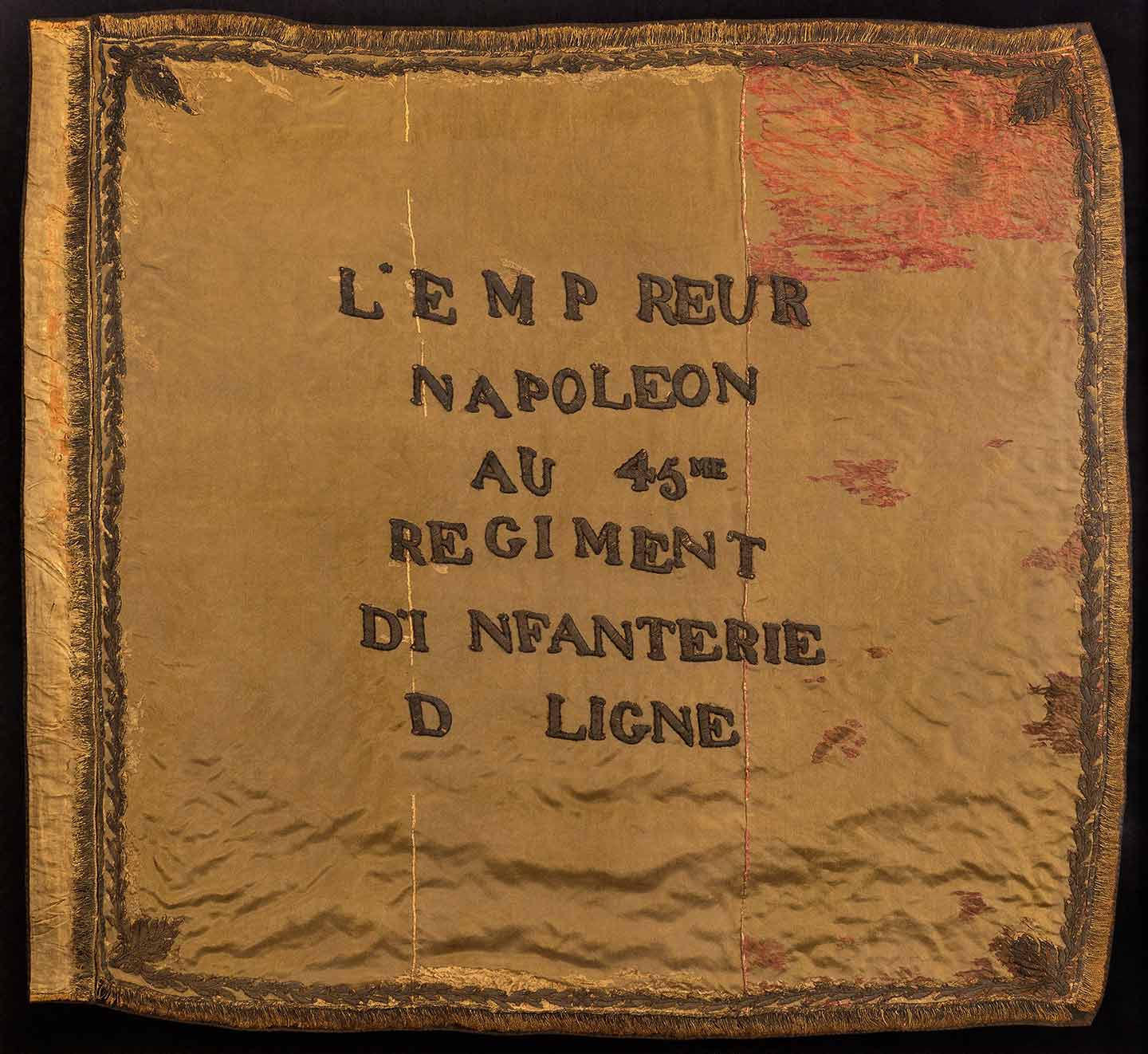 Shin-gunto (‘new army swords’) like this one were carried by officers of the Imperial Japanese Army during the Second World War. In March 1945, A Squadron of the 3rd Carabiniers was in action near Lewingon toward the final stages of the Burma campaign. During the fighting, a tank commanded by Captain Hubert Cornaby was attacked by two Japanese soldiers on foot. The first was killed by fire from one of the Squadron’s tanks. The second assailant, an officer armed with this sword, cut down Captain Cornaby in the turret before climbing inside the hull to kill the gunner. The gun loader, Trooper Vernon Jenkins, emptied his own pistol and then fired three more rounds from the dead gunner’s weapon, before the Japanese officer fell. Trooper Jenkins was awarded the Military Medal for saving the lives of his surviving crew and presented with the sword by his regiment. 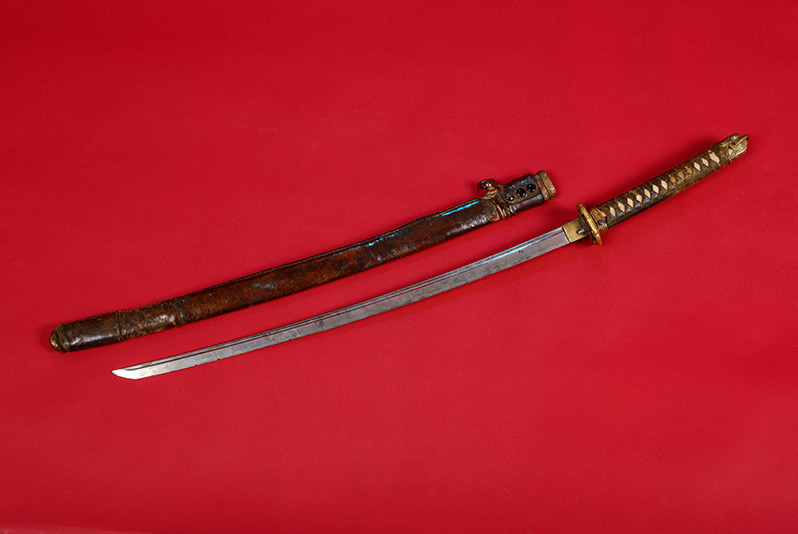 Recorded by the Regimental Band and the Pipes and Drums of the Royal Scots Dragoon Guards, Amazing Grace reached number one in the British pop charts in April 1972. The record stayed at the top of the charts for five weeks and the bands made several appearances on Top of the Pops. The regiment was awarded this gold disc to mark one million sales worldwide. 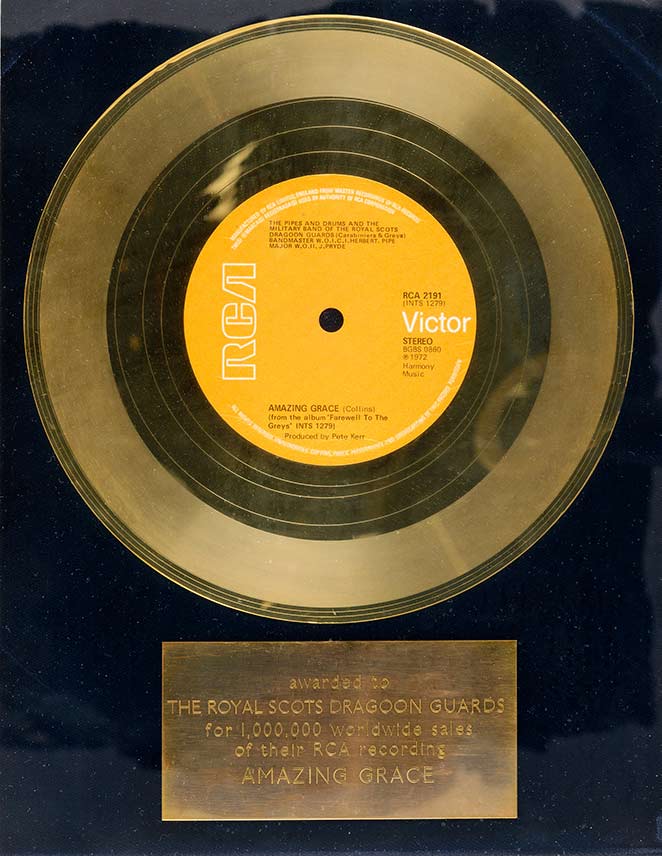 Soldiers serving in the Royal Scots Dragoon Guards and its forebears have taken many photographs since the 19th century. As well as capturing the formal and ceremonial side of military service, they have photographed each other socialising off duty and interacting with local people. These photographs reveal the realities of Army life, including playing sport for recreation and music at social events such as mess ‘smokers’. They are preserved as an important record of people and places around the world. 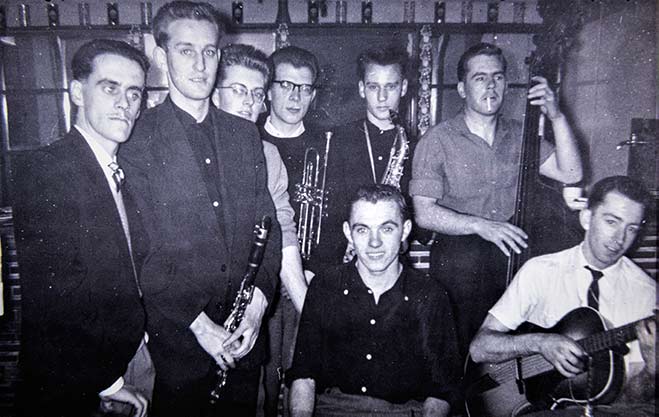 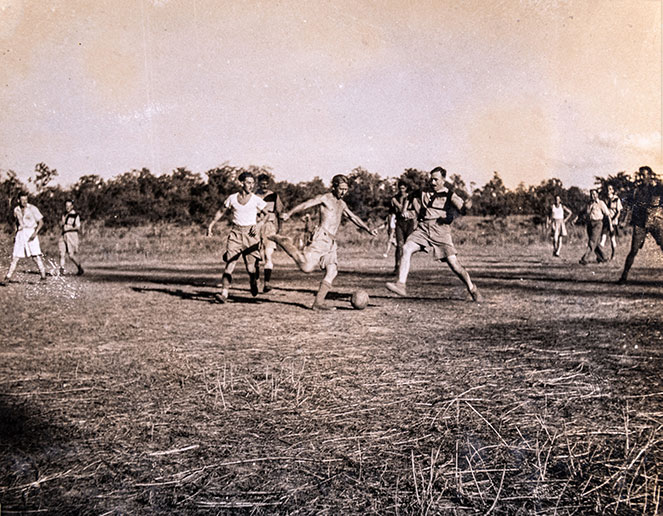 The Museum is actively acquiring new material for the collections. In particular, we are looking for objects, original photographs and ephemera relating to the Royal Scots Dragoon Guards after the regiment’s formation in 1971. If you have something that you think would be of interest to the Museum, please contact the Curator. We respectfully ask that you do not post items to the Museum without consulting the Curator first.