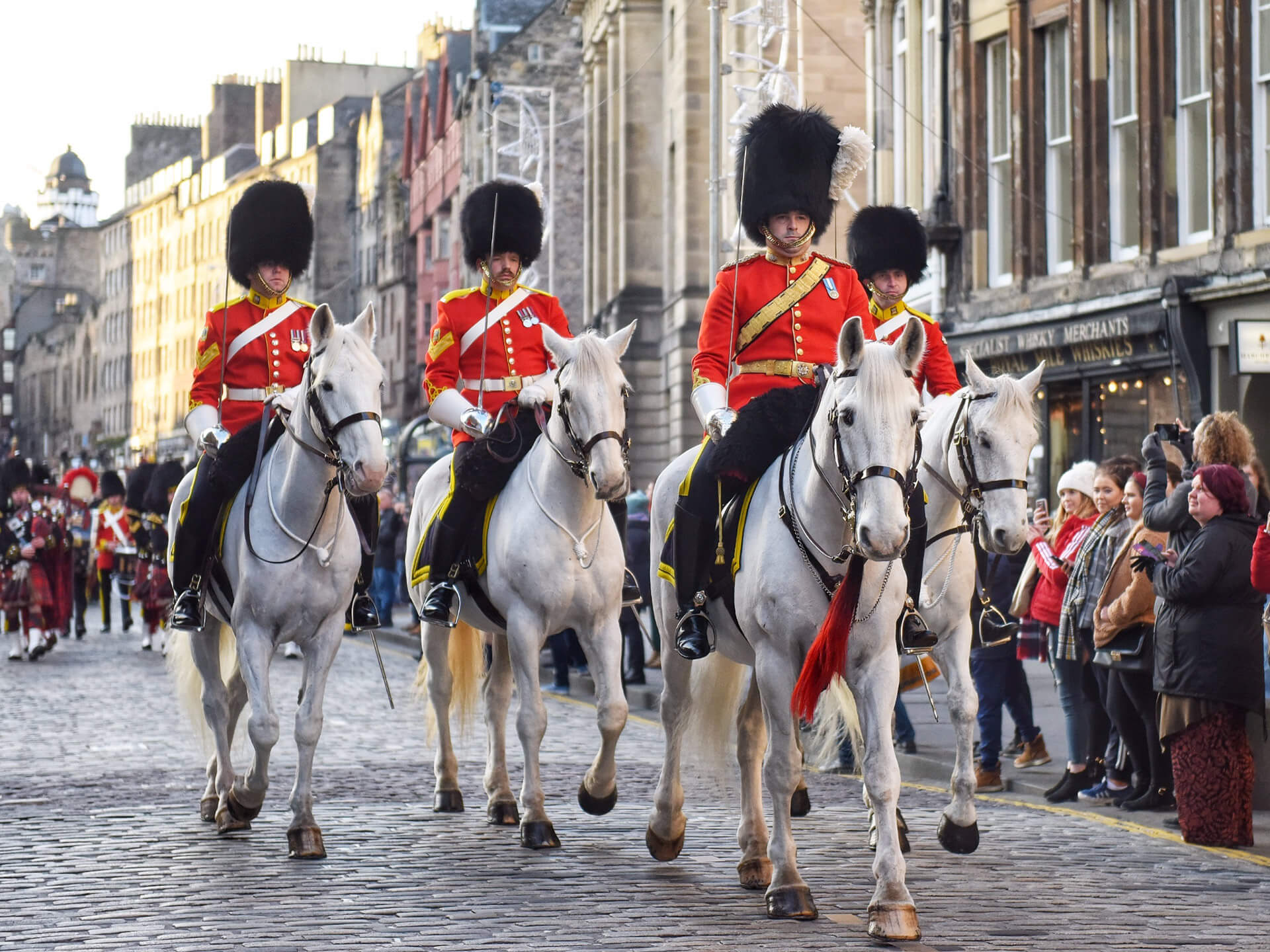 Horses have always been an integral part of the Regiment. Today the tradition continues although their use is confined to ceremonial and sporting purposes.

The Regiment is famous for riding only grey horses. A defining moment in its history was the charge of the “Scots Greys” at the battle of Waterloo. For ceremonial duties, a mounted troop of grey horses is proudly maintained by the Regiment. 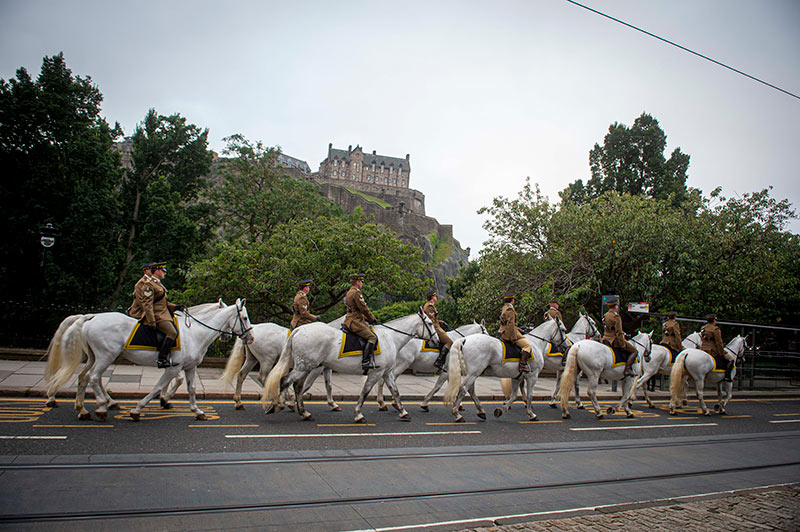 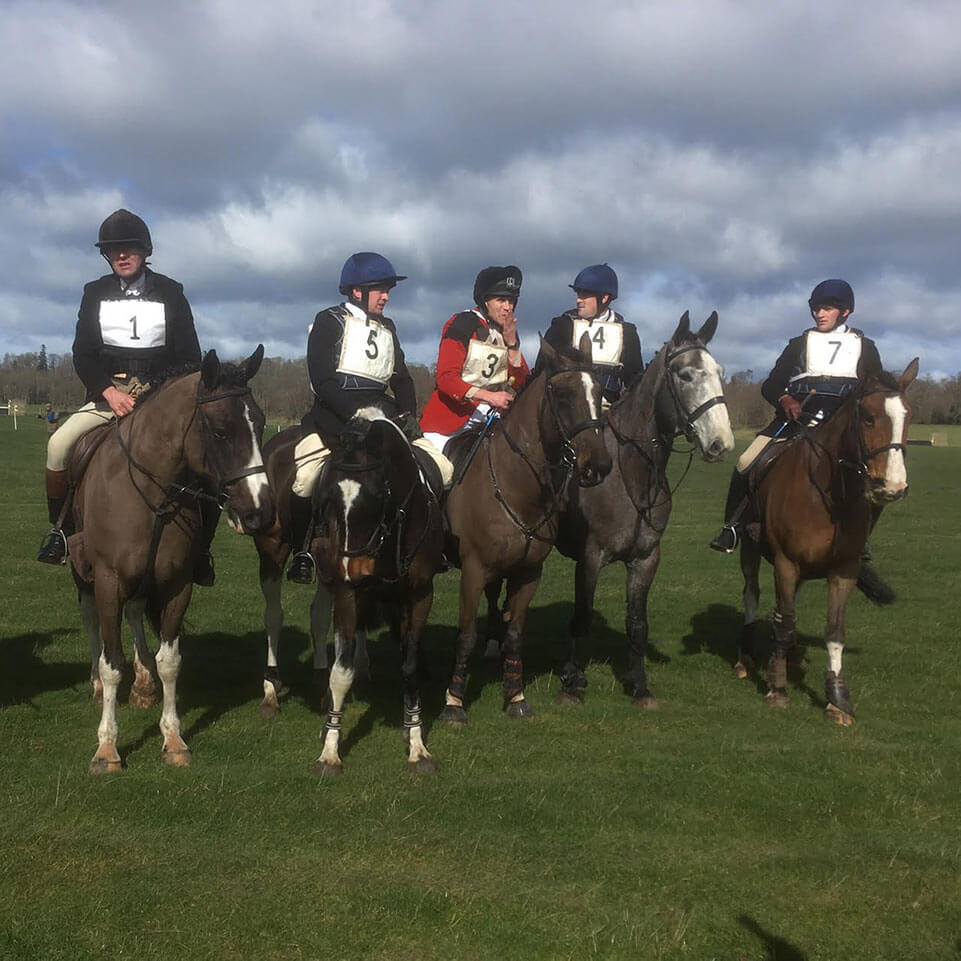 Since 1971 the Regiment has sponsored a public race under rules. It has been raced for periods at Lanark, Hamilton, Ayr and Kelso before moving to Perth in 2019. In that year, it was won by Captain William Ramsay. 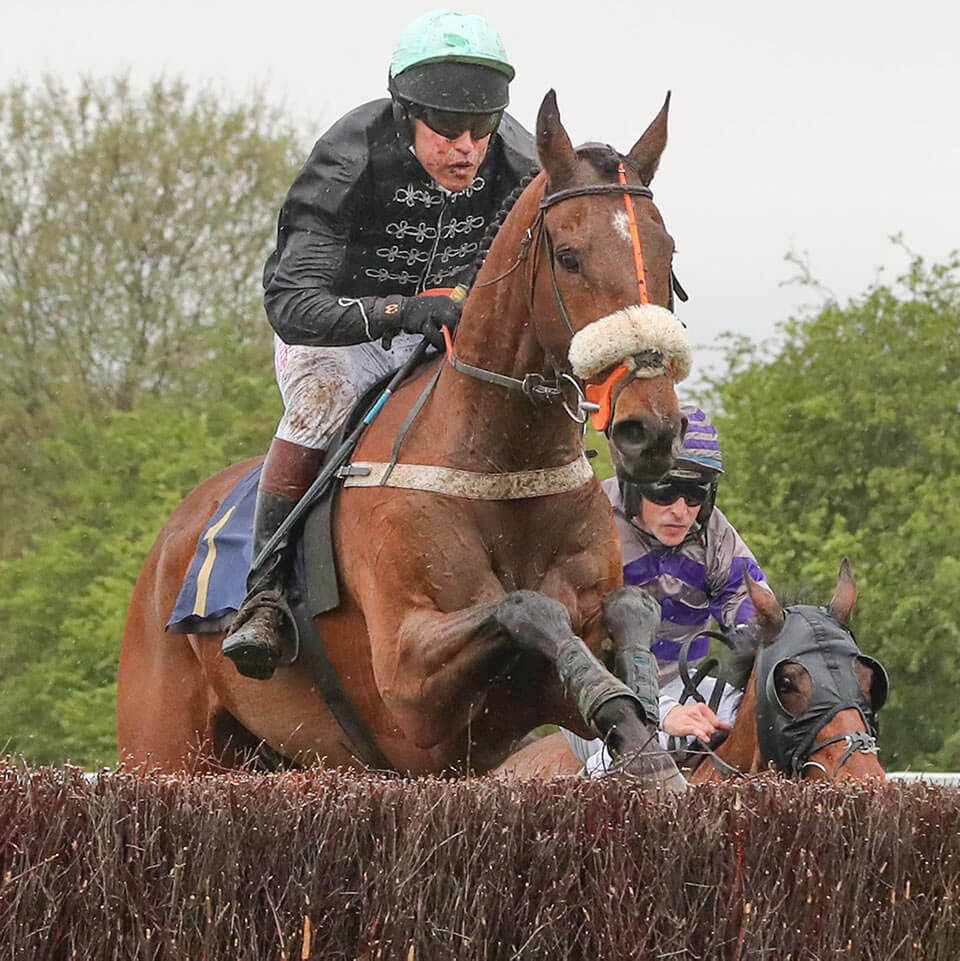 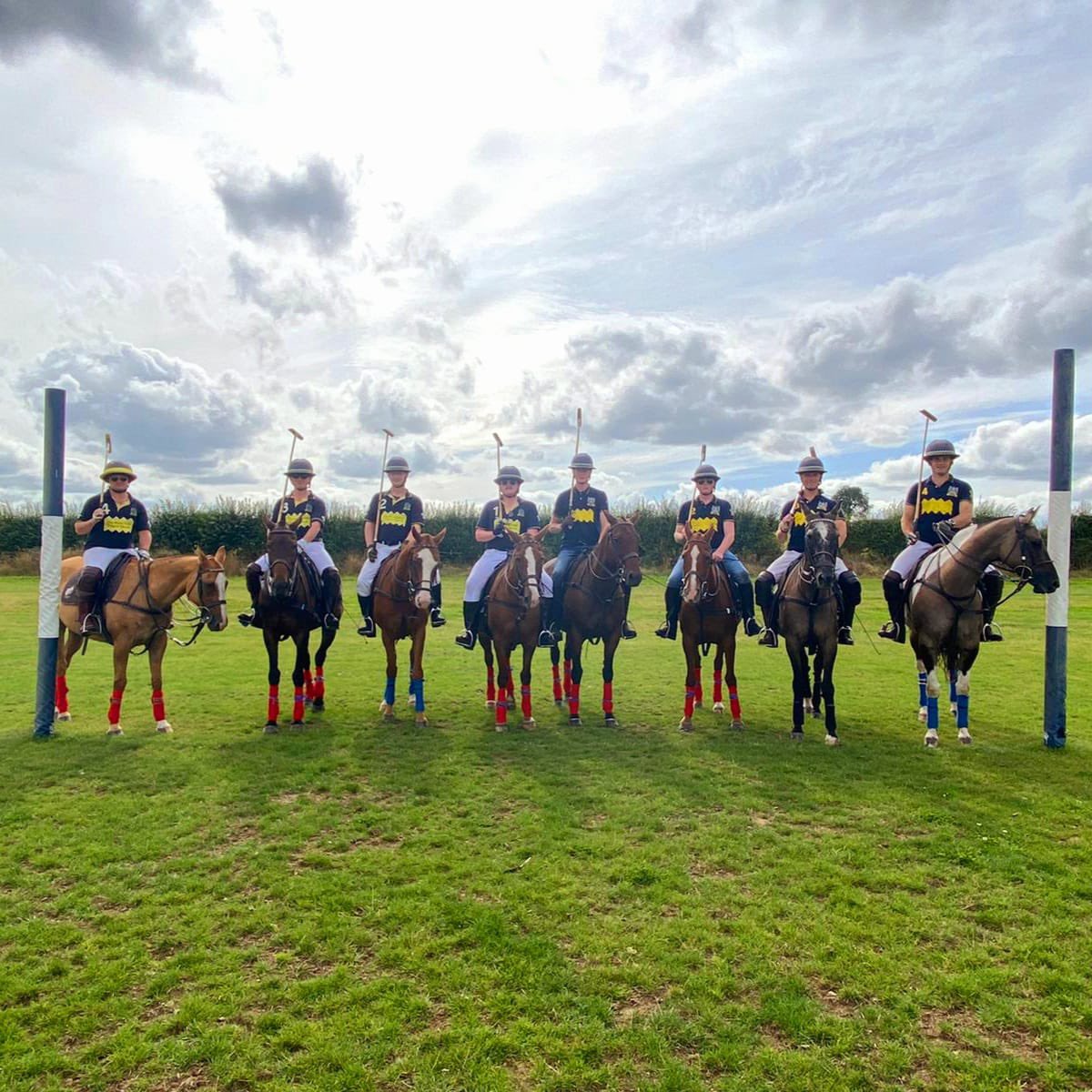 The Regiment has had a long and distinguished polo history dating back to at least 1902. Although current commitments make it more difficult to fit it in than in the past, it is still played within the Regiment.