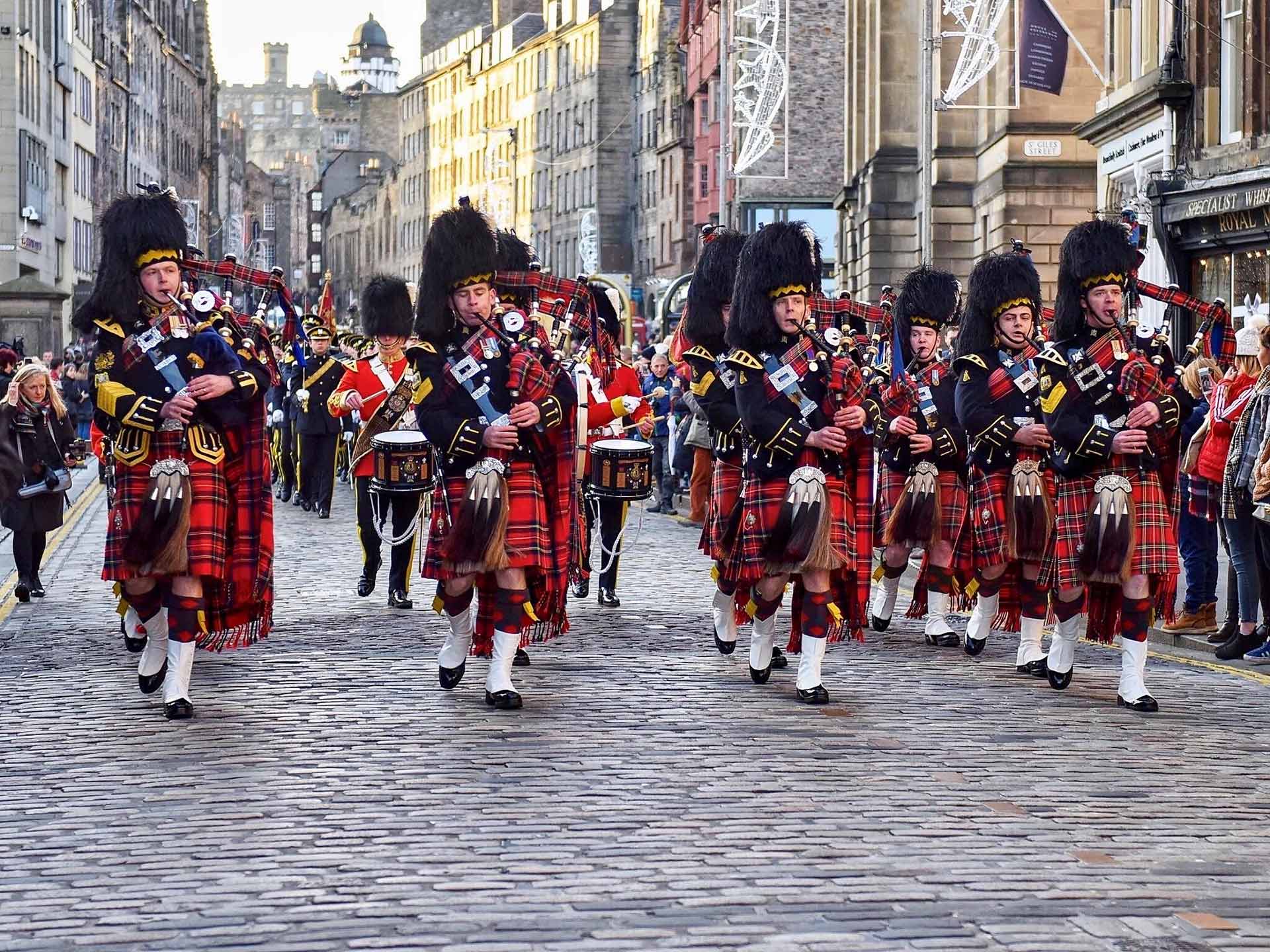 Raised in 1946 through the demobilisation of the Lothians & Border Yeomanry, The Royal Scots Dragoon Guards Pipes & Drums have gone on to become one of the most famous pipe bands on the planet.

In 1972 following the amalgamation of the Royal Scots Greys and 3rd Carabiniers, the Pipes & Drums along with the Regimental Band rose to the top of the charts with their recording of Amazing Grace, earning eight gold discs for worldwide sales of over 7 million copies. This recording also brought piping to a worldwide audience and marked the beginning of bagpipes becoming incorporated with other musical ensembles.

The recording set the foundations for commercial success and the Pipes & Drums went on to record further albums including Highland Cathedral and Parallel Tracks featuring Dire Straits’ guitarist Mark Knopfler. In 2009 the Pipes & Drums rose back to stardom with the Album “Spirit of the Glen – Journey”, recorded in Al Basra, Iraq whilst serving of Op TELIC 12. The album went on to win NS&I Album of the Year at the Classical Brits, making the Pipes & Drums the first ever military music group to win a Brit Award.

As well as the commercial feats, the Pipes & Drums have also had great success in both pipe band and solo competitions, lifting some of the most prestigious prizes in the piping world. 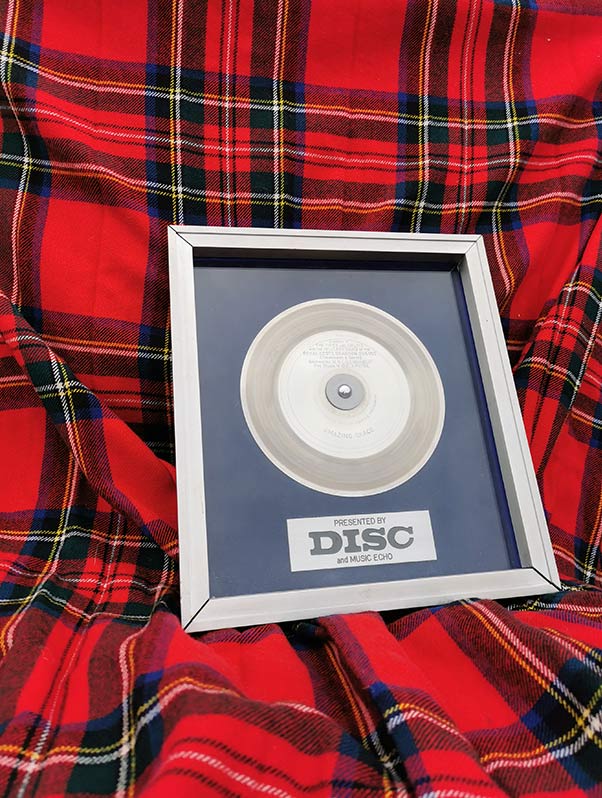 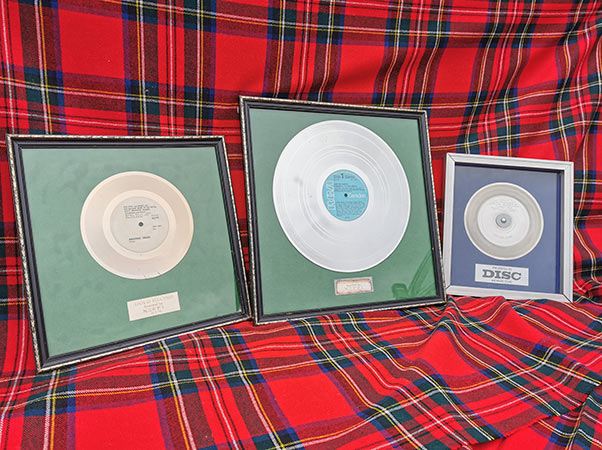 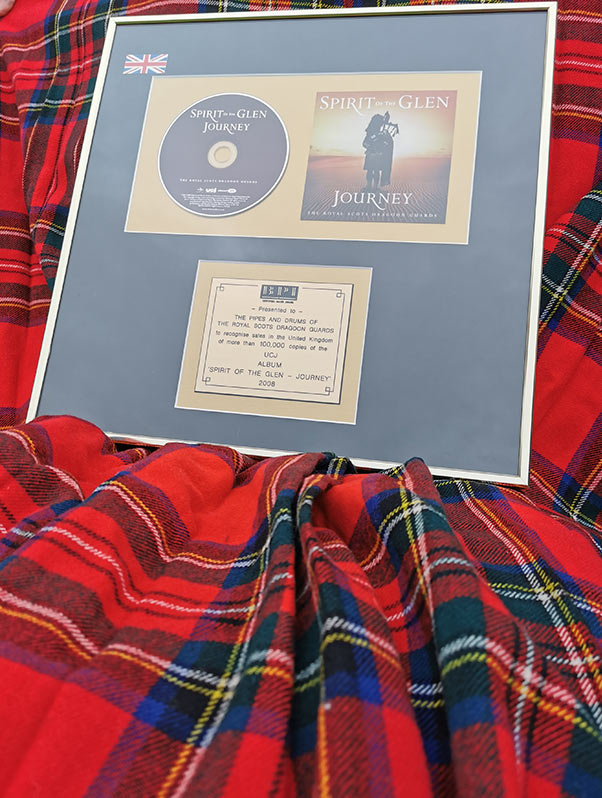 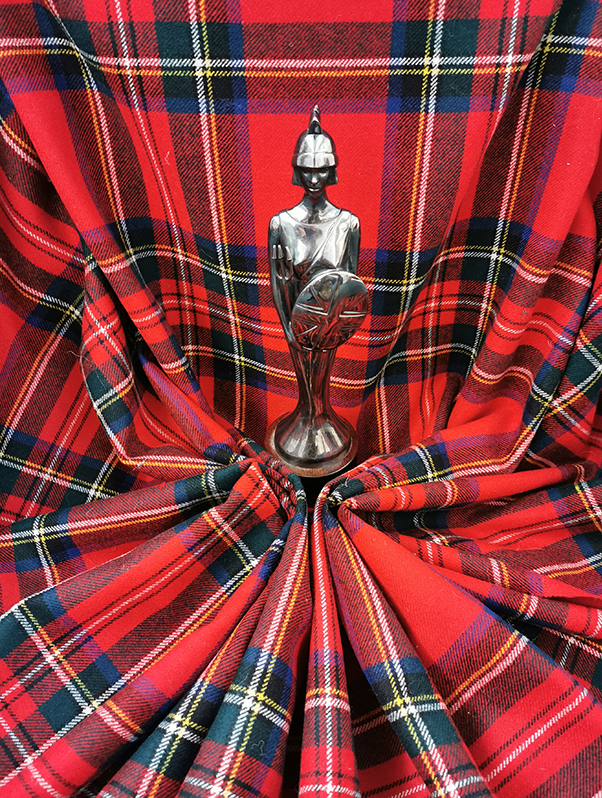 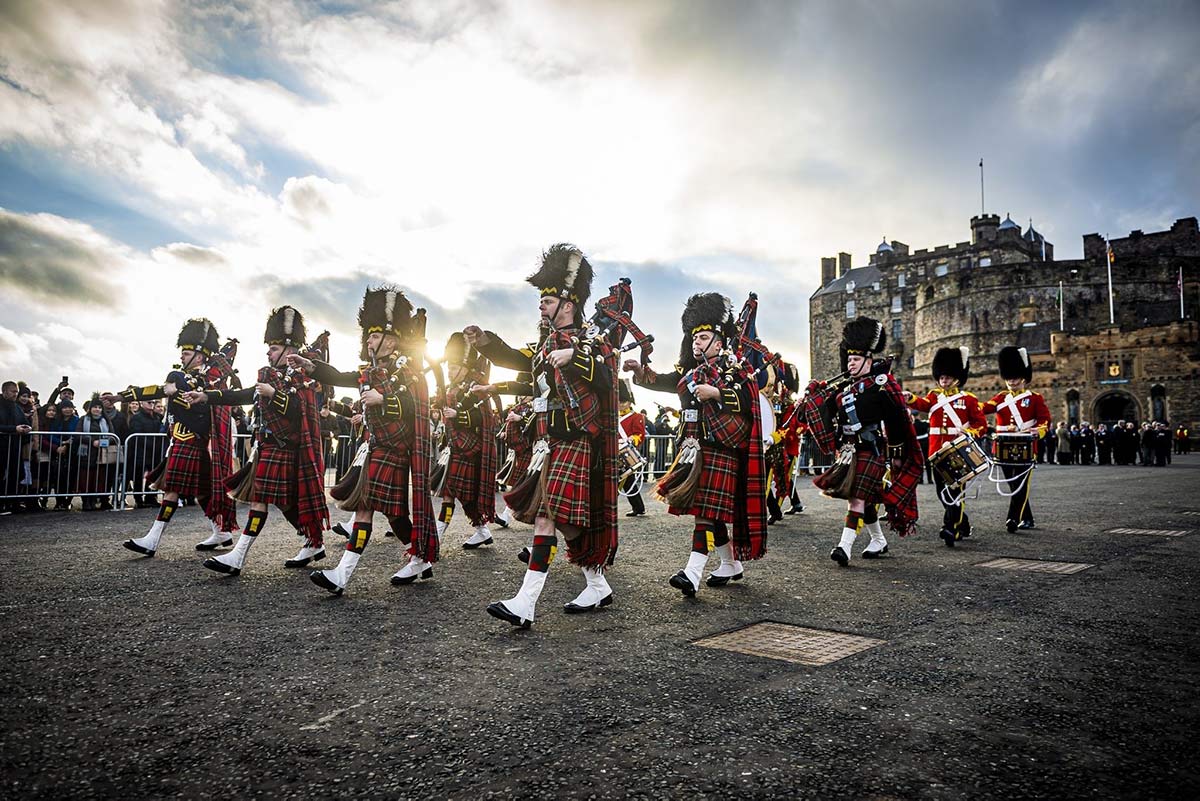 Throughout its’ 75 years the Pipes & Drums have performed all around the globe in concerts, military tattoo’s, state royal events and shared stages with numerous A-list celebrities.  The band have made regular appearances at the world-renowned, Royal Edinburgh Military Tattoo and are key in delivering musical support to the Regiment and wider Army all year round. 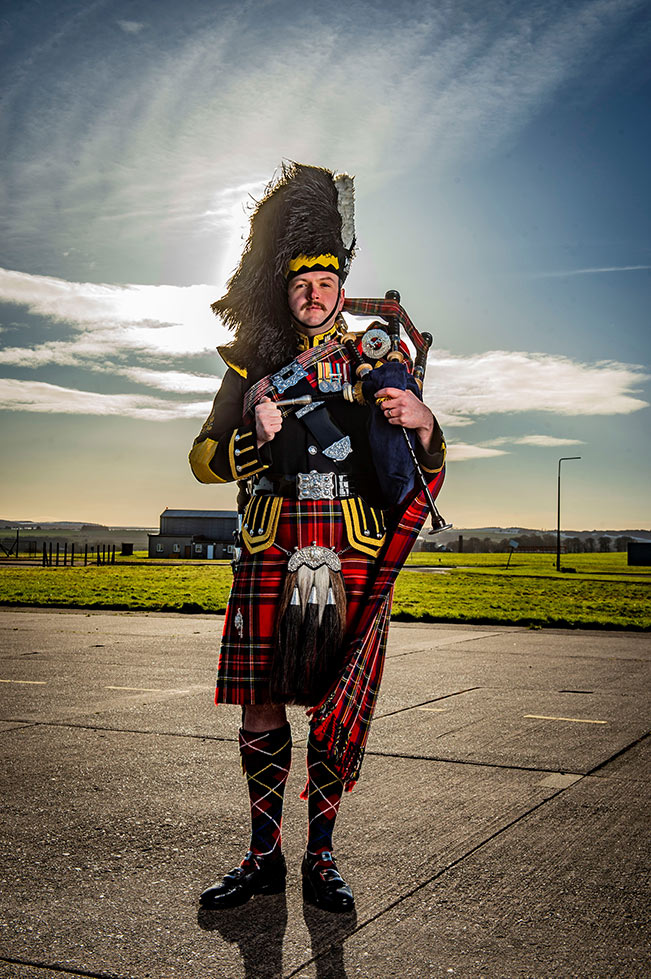 Pipe Major Ben Duncan took up the post in 2018 following a posting as the Pipe Sergeant at the Army School of Bagpipe Music and Highland Drumming. He is a champion piper having won many top prizes including The A Grade MSR at the Northern Meetings and A Strathspey & Reel at the Argyllshire Gathering. He is also the three times Army Champion winning the title in 2018, 2019 & 2020. A former Pipe Major of the National Youth Pipe Band of Scotland, PM Duncan has also played in Grade 1 with the Lothian & Borders Police Pipe Band. Along with his deep piping history, PM Duncan has served with the Regiment on operations in Iraq and Afghanistan.

Drum Major Gordon Prescott took up the position in 2015 bringing a plethora of experience to the Pipes & Drums. He came to the Regiment from the 1st Bn Scots Guards and was an instructor at the Army School of Bagpipe Music & Highland Drumming. He has performed with numerous bands in a variety of grades including Grade 2 with Torphichen & Bathgate and Oban. He has won the Worlds, British & European Drum Corps titles as part of the Newtongrange Pipe Band in Grade 4A. As well as his broad drumming background, DM Prescott has served on operations in Iraq, Afghanistan and Cyprus. 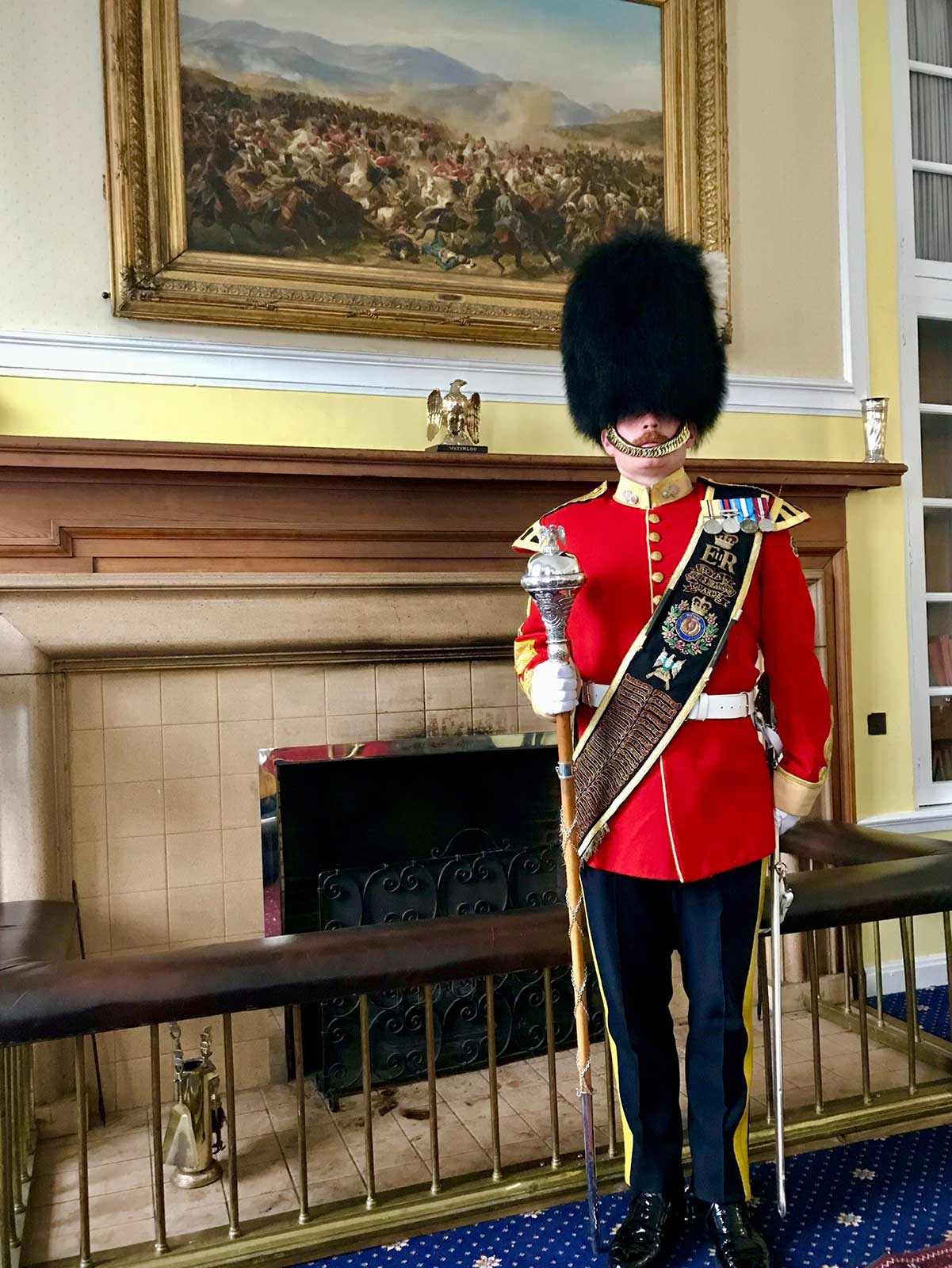 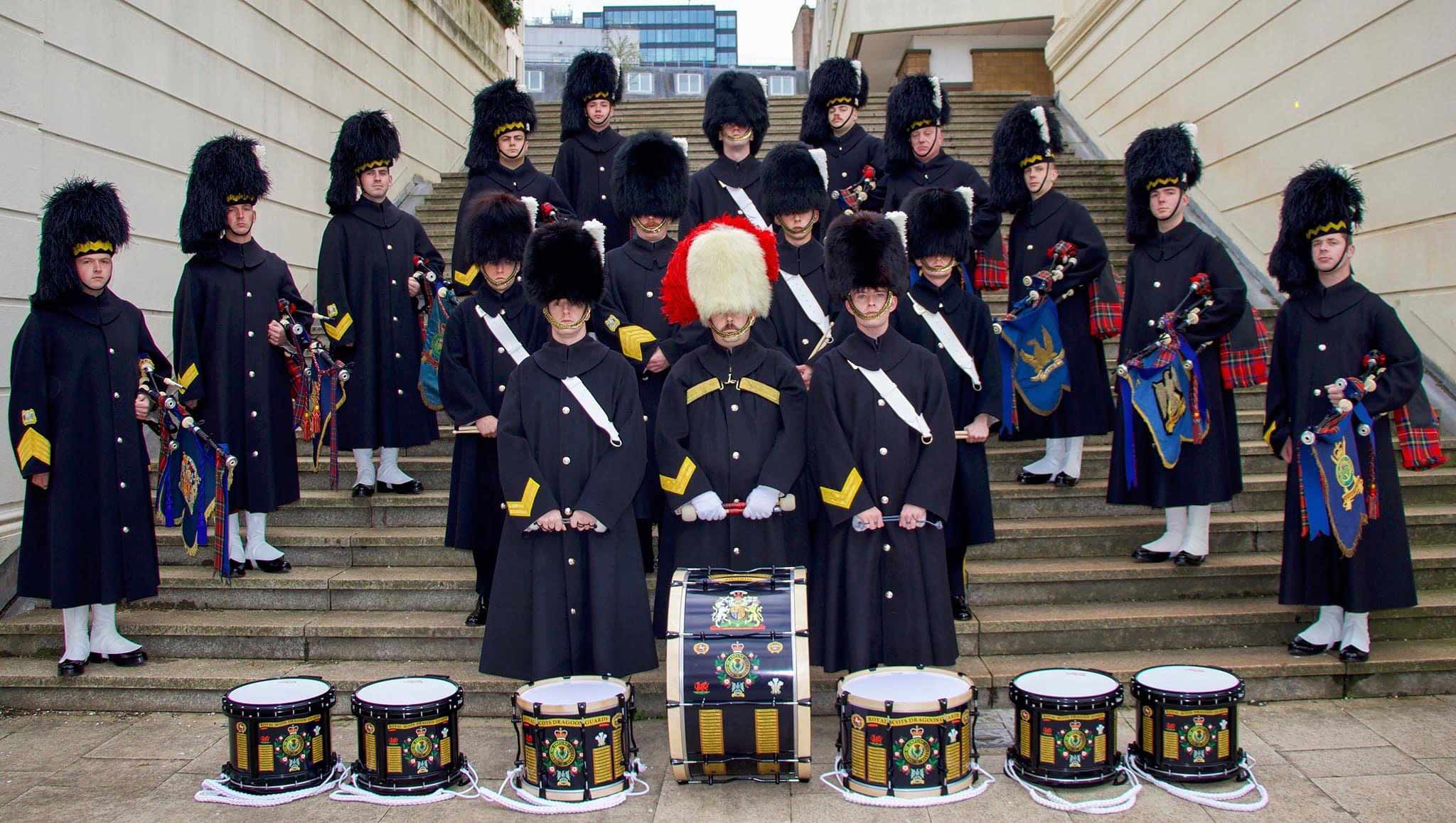 The Pipes & Drums have recently performed for the 100th National Act of Remembrance at the Cenotaph in London and look forward to participating in competitions and at state ceremonial events throughout the country in the coming years.