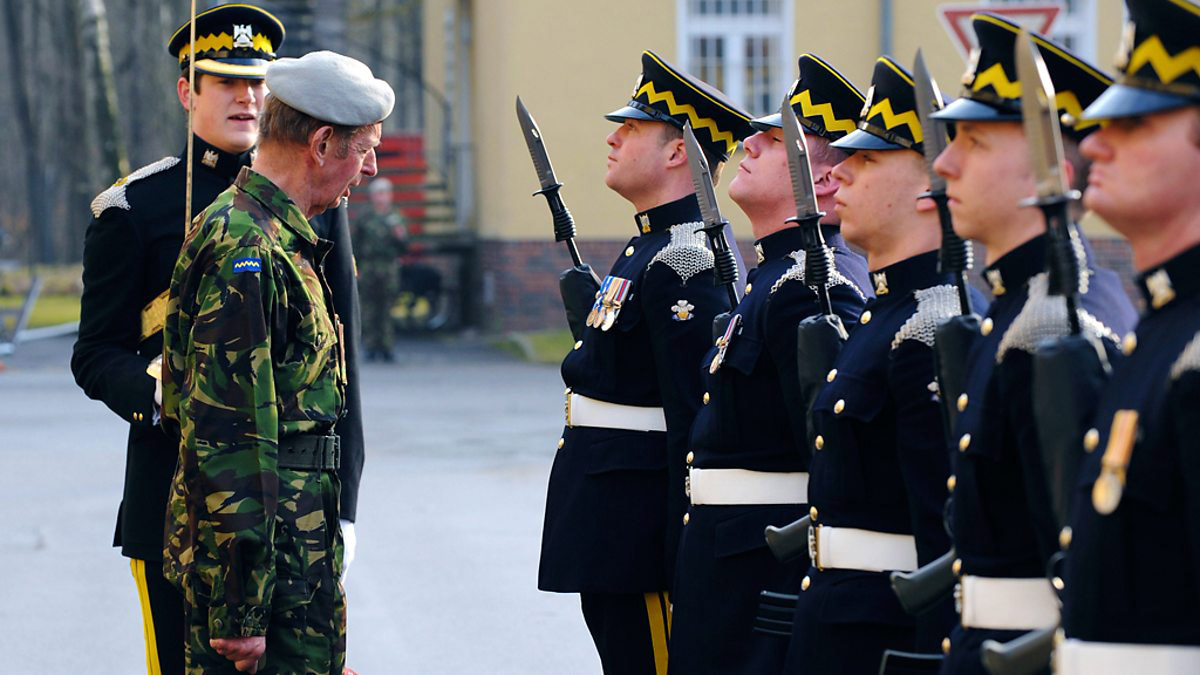 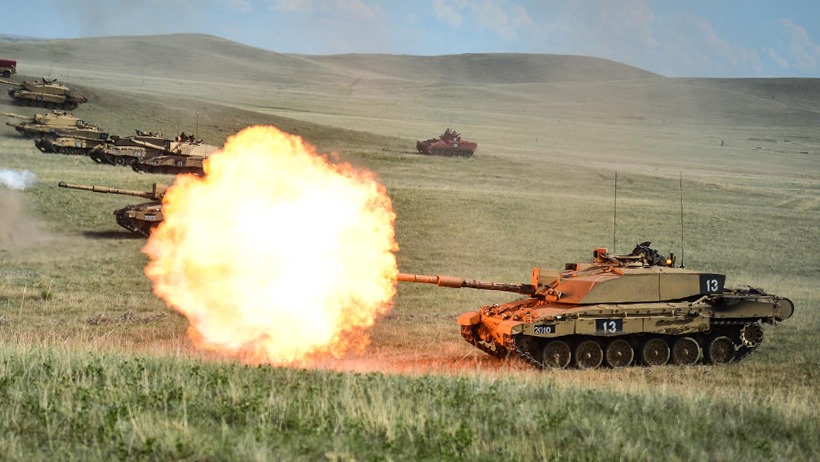 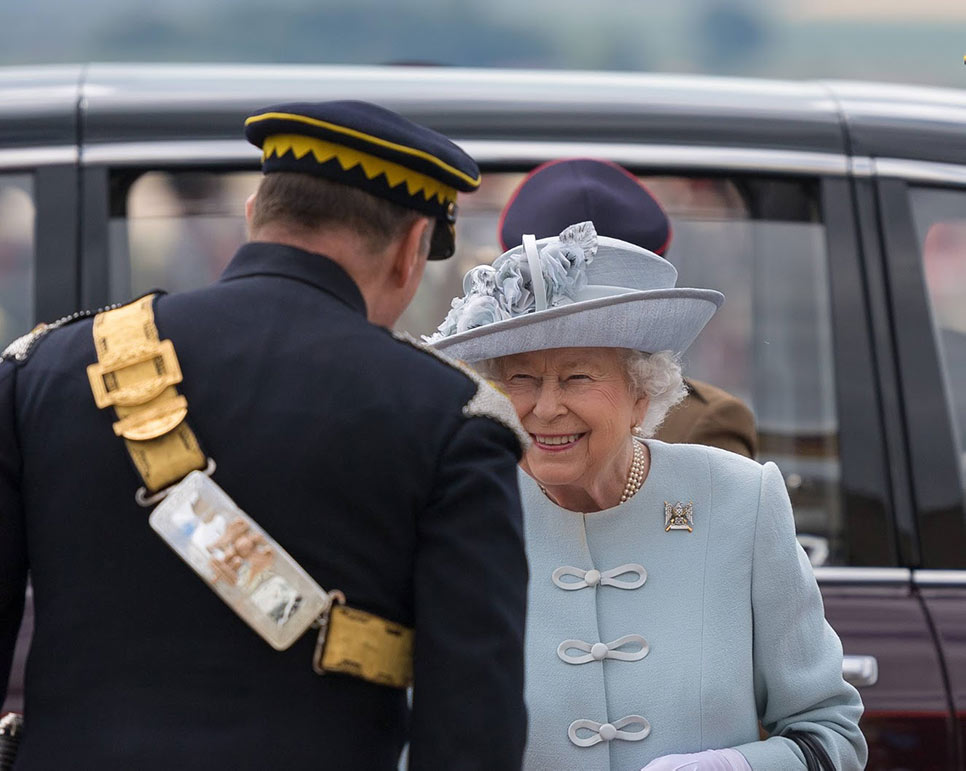 Colonel in Chief - Her Majesty The Queen 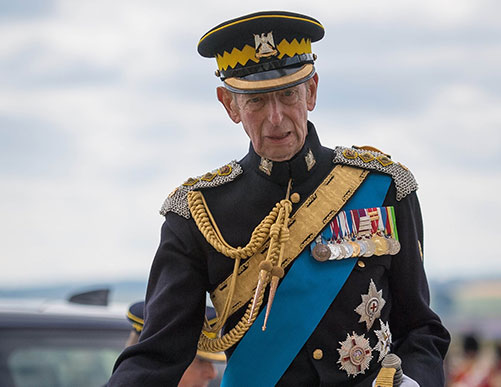 In 1995 The Duke of Kent, Her Majesty’s cousin, was appointed by Her Majesty The Queen to be the Regiment’s Deputy Colonel-in-Chief, a role which His Royal Highness exercises with great activity and interest. The Duke of Kent served as an officer in The Royal Scots Greys between 1955 and 1971. 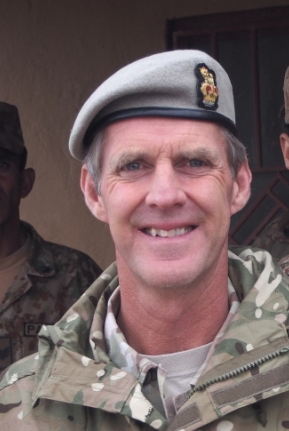 Brigadier Ben Edwards was commissioned into the The Royal Scots Dragoon Guards in 1986. He commanded the Regiment from 2004-2006 during which the Regiment deployed on Operation TELIC 7 in South East Iraq.  His varied career before command included deploying with the Regiment on Operation GRANBY from 1990-1991, a tour with the Black Watch in Hong Kong,  six months as an unarmed United Nations Observer in Georgia and commanding a squadron in Bosnia in 1995.  After commanding the Regiment his jobs included commanding the British Army Training Unit Suffield in Canada, a deployment to Kabul in 2012 and working in NATO HQ Naples and Sarajevo.  His final posting was as the Defence Advisor in Pakistan.  He was appointed Colonel of the Regiment on 1 October 2021. 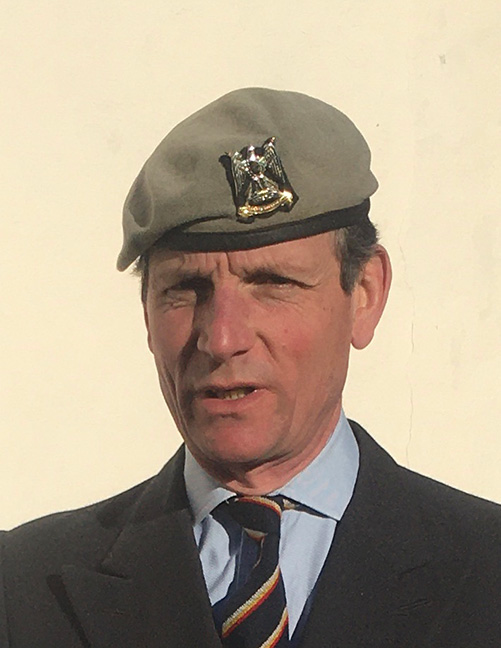 Commissioned in 1984, his Regimental service included D Squadron, Recce Troop for Op GRANBY, Adjutant for Scotland 94, C Squadron Leader, B Squadron Leader during Op AGRICOLA 6, and Second in Command for Op TELIC in 2003.  He went on to command the AFV Gunnery School in Lulworth, the Joint Force Support Unit in Kabul, New College at the Royal Military Academy Sandhurst and Aldershot Garrison.  His final post was President of the Army Officer Selection Board in Westbury.  Appointed Chairman 7 December 2021, he is responsible for representing the interests of all past members of the Regiment. 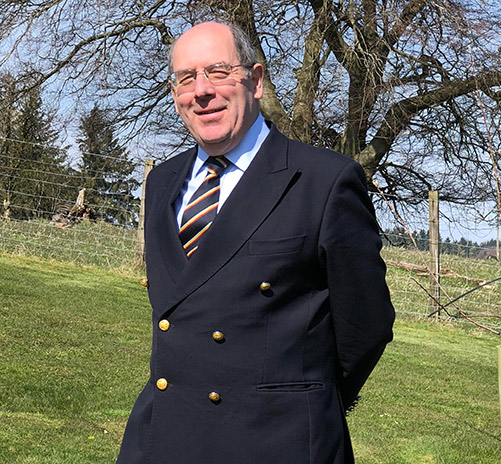 Major Jamie Erskine was commissioned into the Black Watch in 1977. He left the Regular Army in 2007 to take up a civilian role in Headquarters 2nd Division before assuming the appointment of Regimental Secretary in 2011. He is responsible for running the Regimental Home Headquarters in Edinburgh Castle.  Amongst his duties he is the focal point for potential officers. 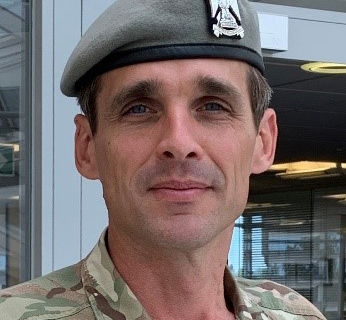 Lt Col Craig since commissioning has held many posts both as a staff officer and at Regimental Duty, he was most recently A Sqn Ldr and served with the Royal Dragoon Guards as their Regimental Second in Command. As Commanding Officer he is responsible for the overall operational effectiveness of the unit in terms of military capability, welfare and general discipline. 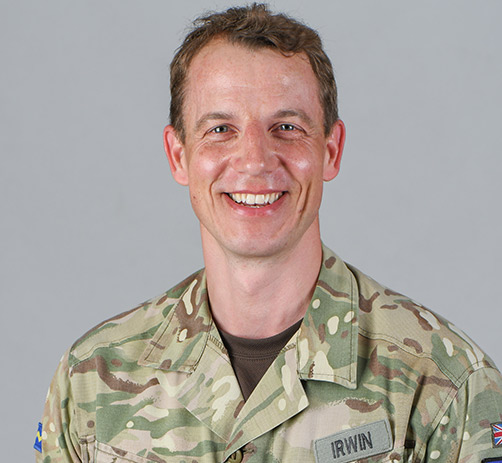 Major Jamie Irwin returned to regimental duty as Second in Command following two years at PJHQ. Previously he has been the Training Officer and B Squadron Leader at regiment. As Second in Command he looks to fulfil the Commanding Officers intent and deputises for him in his absence. 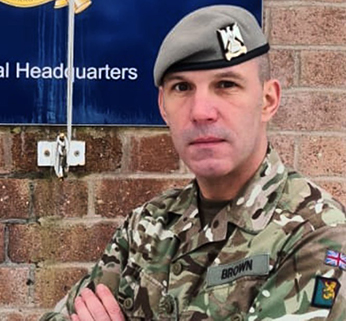 WO1 Steven Brown has been in the Regiment for over 20 years and has held a number of posts including; RQ Tech, B Sqn SSM and completed several operational tours in the Middle East and Cyprus. He is now the most senior soldier in the Regiment and is the senior advisor to the Commanding Officer, with leadership, discipline and welfare responsibilities for the soldiers and equipment. 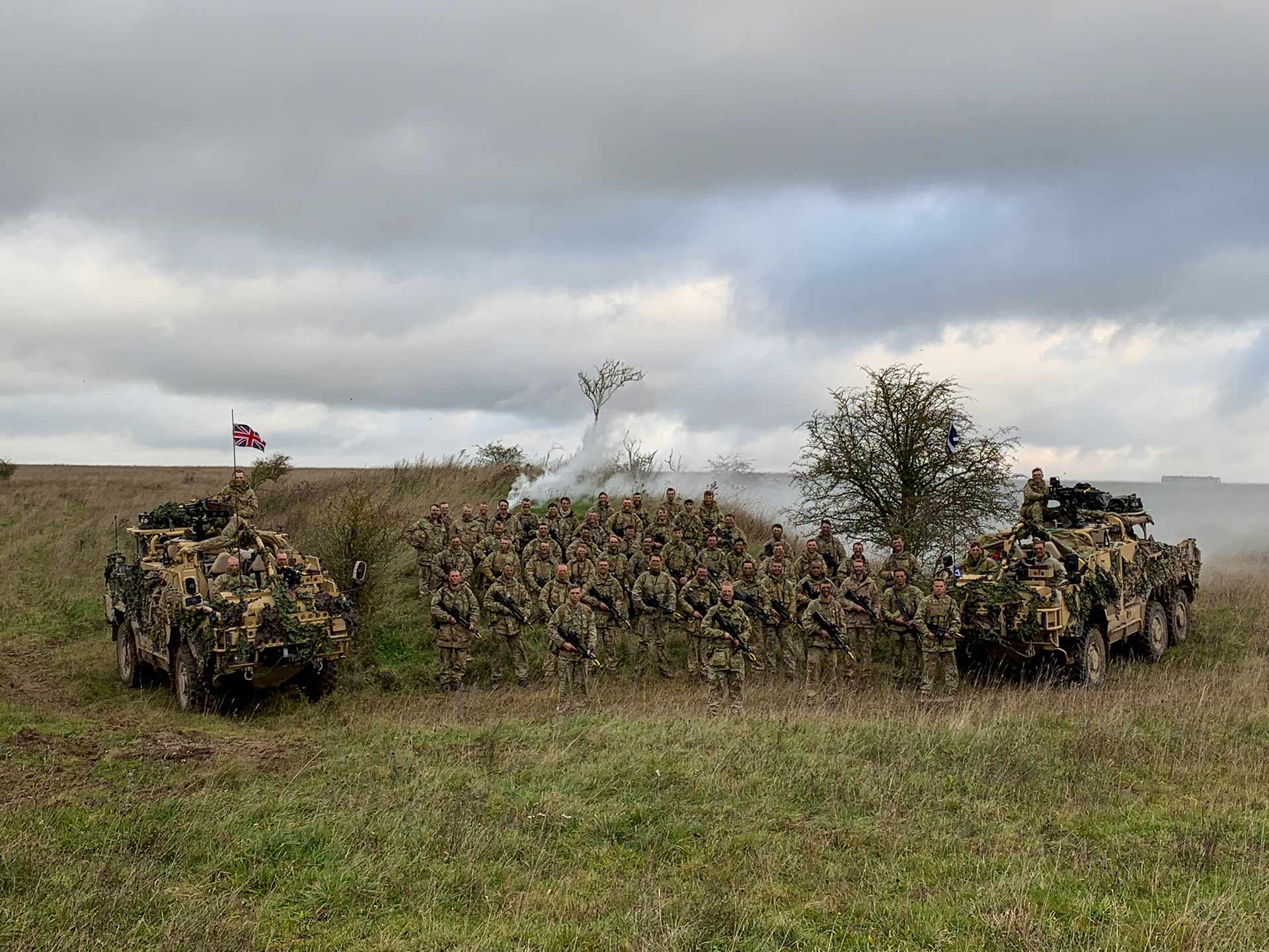 A Sqn is currently commanded by Maj Barker with WO2 Messenger as the Squadron Sergeant Major. A Sqn have recently finished a busy operational cycle completing Ex WESSEX STORM in 2018 with the Light Dragoons in preparation for Op CABRIT (P) ROTO 5 in 2019. They have previously deployed as the Mobile Force Reserve on Op TOSCA in 2017 and on Ex DESERT FALCON in 2016. 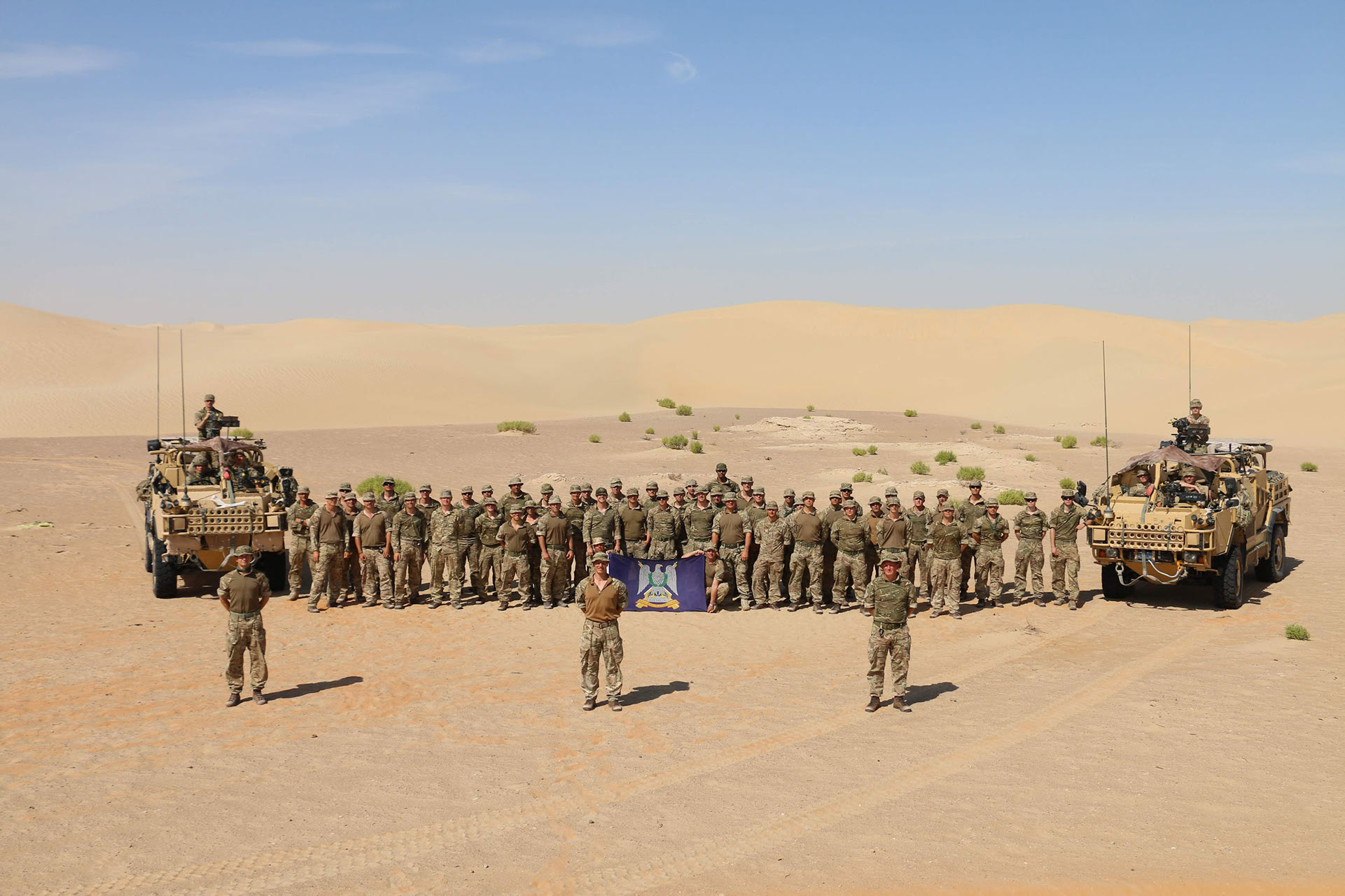 B Sqn is currently commanded by Maj Taylor with WO2 Harley as the Squadron Sergeant Major. B Sqn deployed in 2018 on Ex DESERT FALCON to the UAE and were the Operations Company in 2017 on Op TOSCA 27. 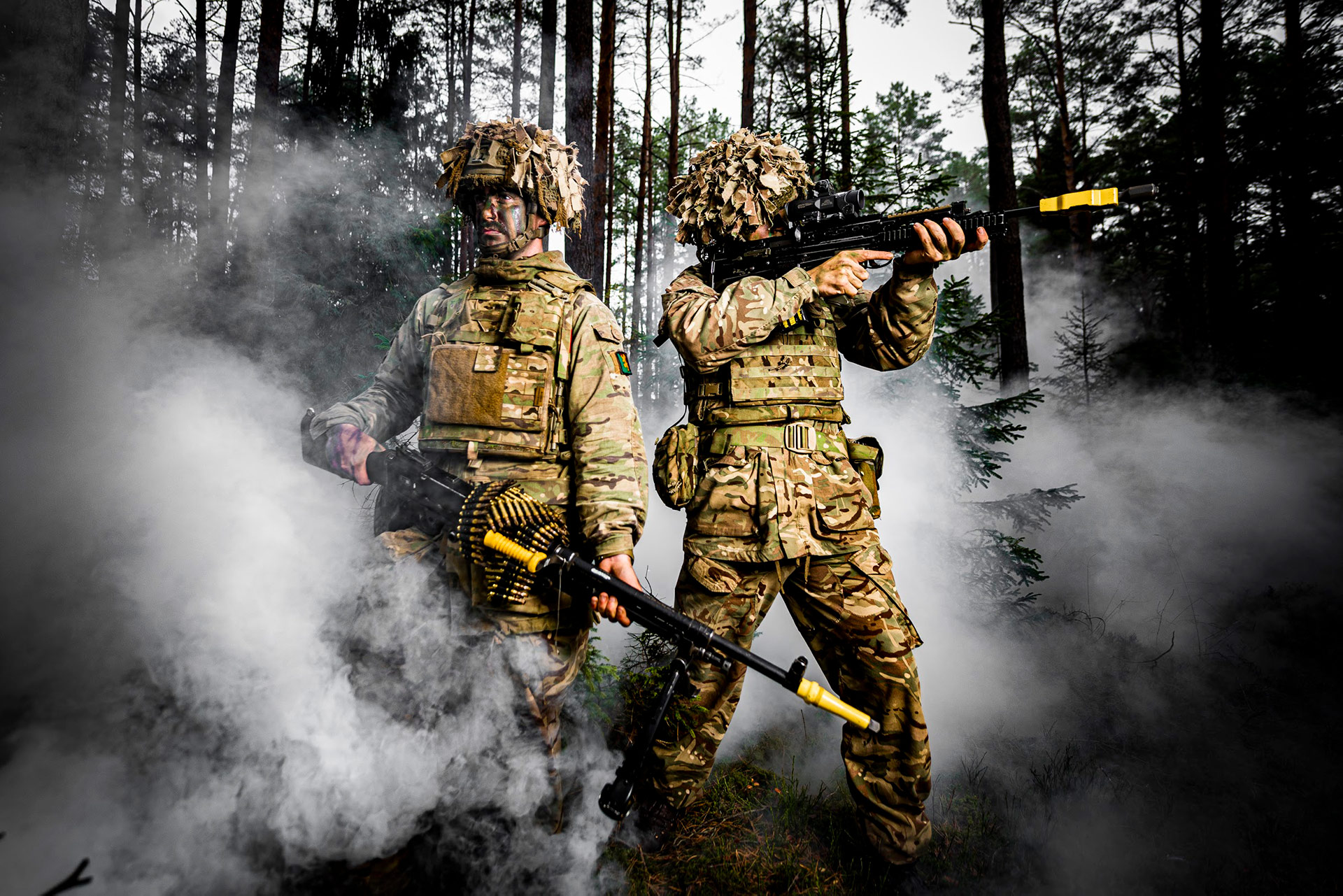 C Sqn is currently commanded by Maj Champion with WO2 Mitchell as the Squadron Sergeant Major.  C Sqn have recently returned from Op CABRIT (P) ROTO 6 in 2020. They deployed on an STT to Oman in 2017 and helped backfill B Sqn for Op TOSCA 27.