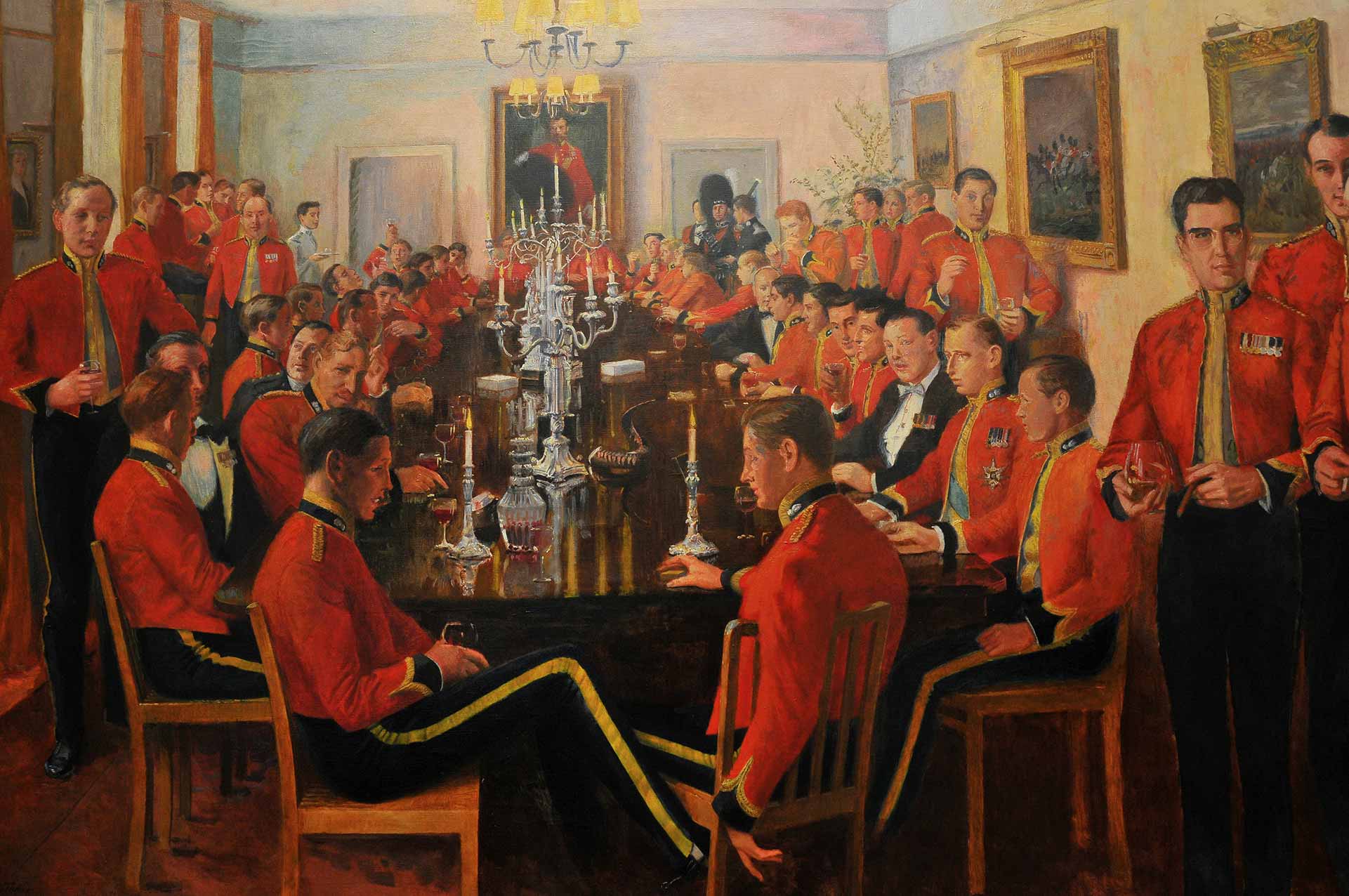 As tensions with the Soviet Union rose, the British Army of the Rhine was stationed in north-west Germany. The Royal Scots Greys were initially posted to Lüneberg in July 1946, before moving to Detmold in 1960 and then Fallingbostel in 1964. In 1951 the 3rd Carabiniers were based at Dodesheide, near Osnabrück, and later took over the Lothian Barracks at Detmold from the Greys in 1962.

Officers of the Royal Scots Greys in the mess at Fallingbostel on the occasion of the 150th anniversary of Waterloo, oil on canvas by Robin Guthrie, 1965. 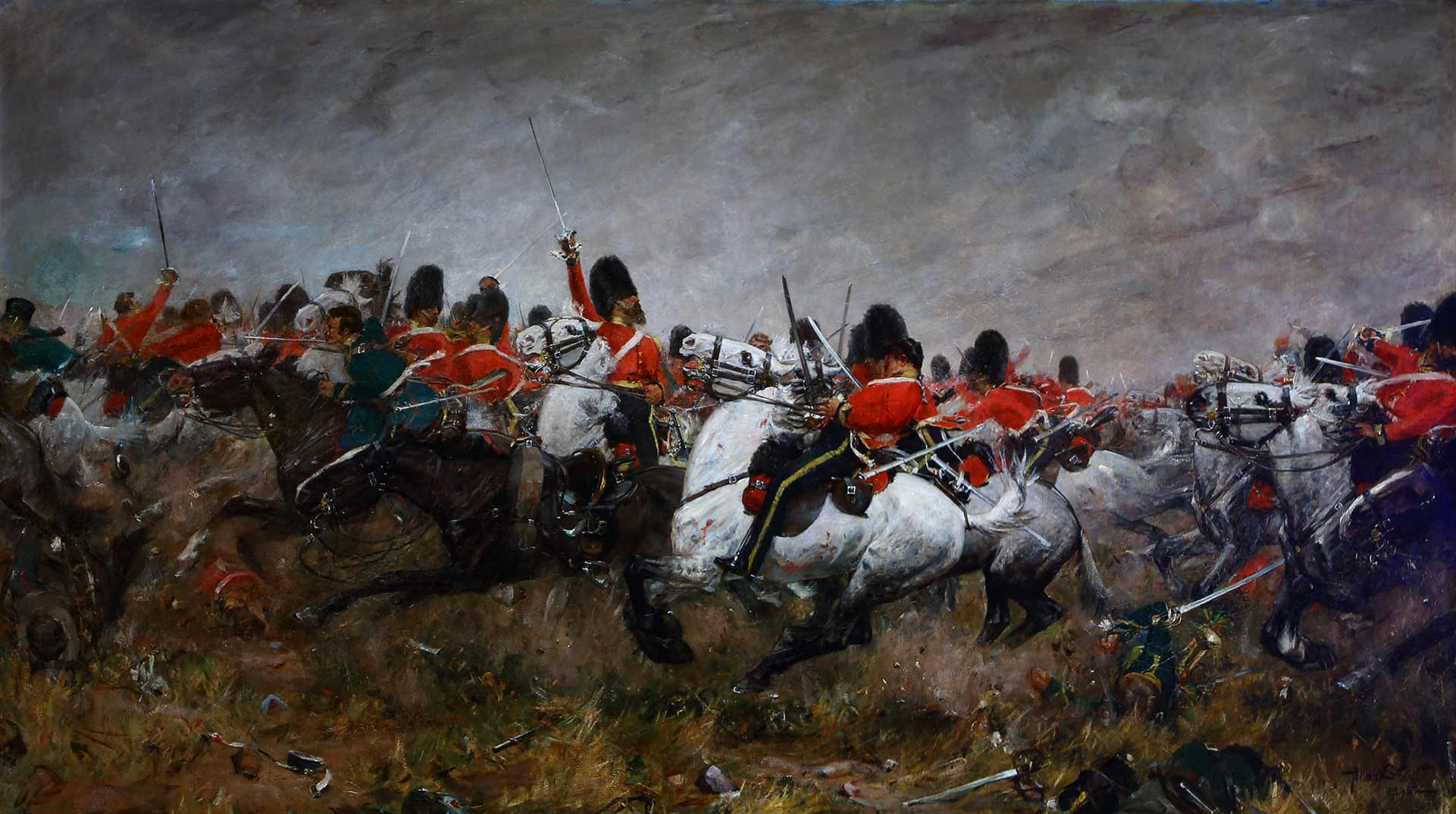