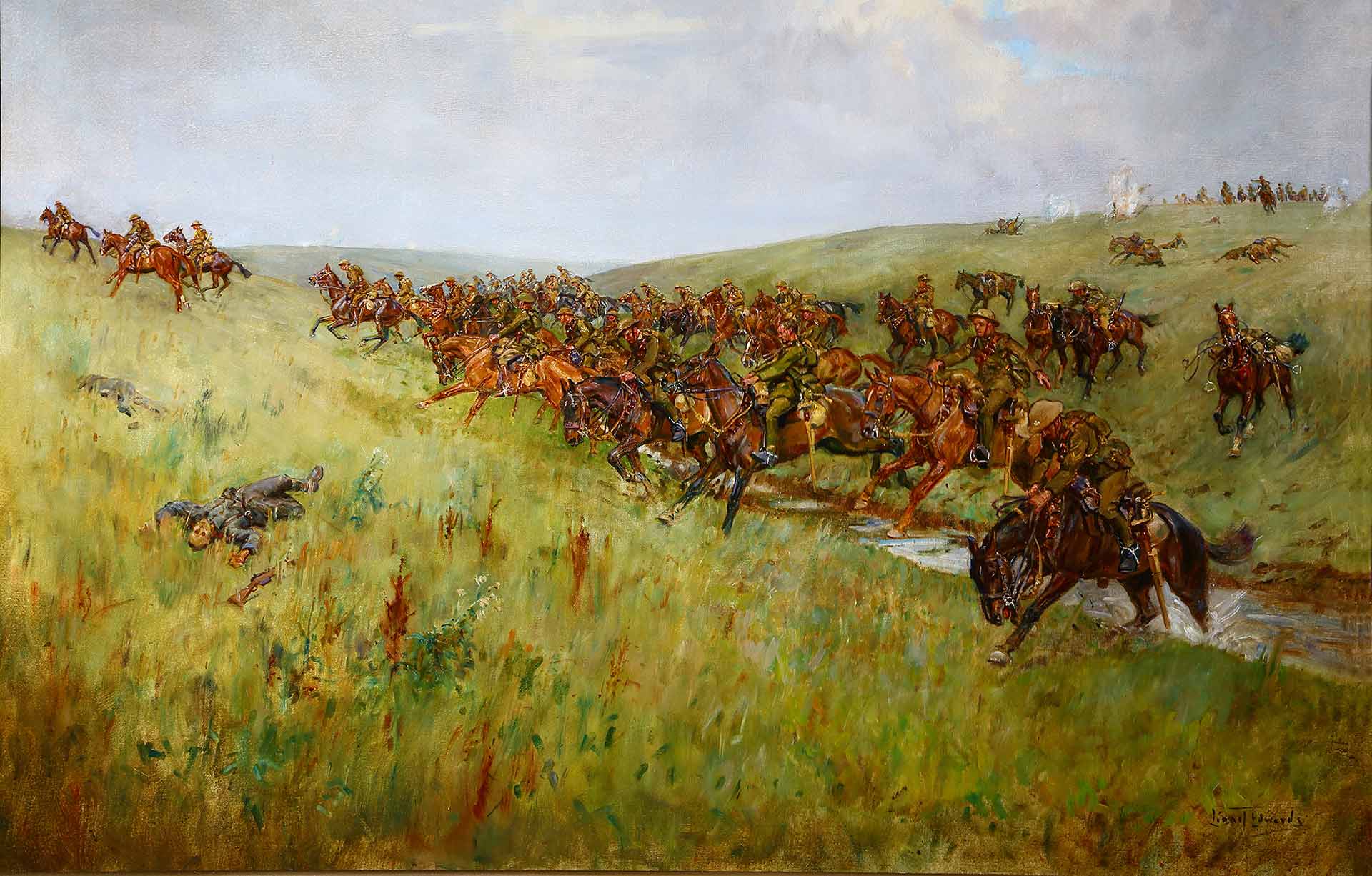 In the final stages of the war the 6th Cavalry Brigade, which included the 3rd Dragoon Guards, was ordered to attack German positions at Honnechy. The regiment formed the right of the cavalry advance and rode for two miles under sustained machine gun fire to take the village. Honnechy was one of the British Army's last cavalry charges before tanks replaced horses on the battlefield.

The Charge of the 3rd Dragoon Guards at Honnechy, 9 October 1918, oil on canvas by Lionel Edwards.