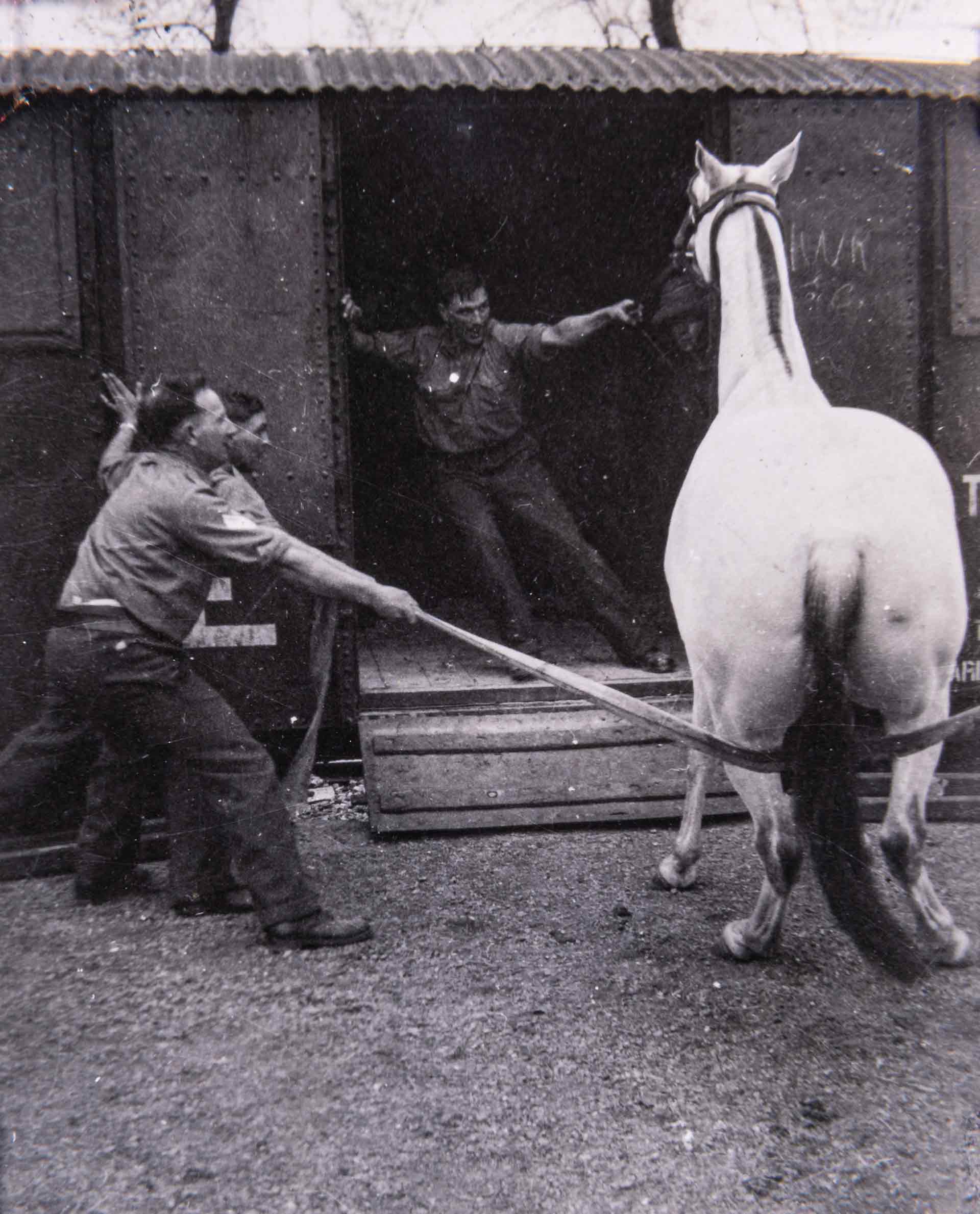 The 3rd Carabiniers began to retire their horses for new Vickers tanks in January 1938. The process was completed in March 1939 on the eve of the Second World War. The Royal Scots Greys by contrast, were able to resist mechanisation in this period, after the regiment lobbied Scottish Members of Parliament and a press campaign mobilised public opinion against the War Office's plans.

The last of the 3rd Carabiniers’ horses being loaded onto a train at Sialkot, India, c. 1939.