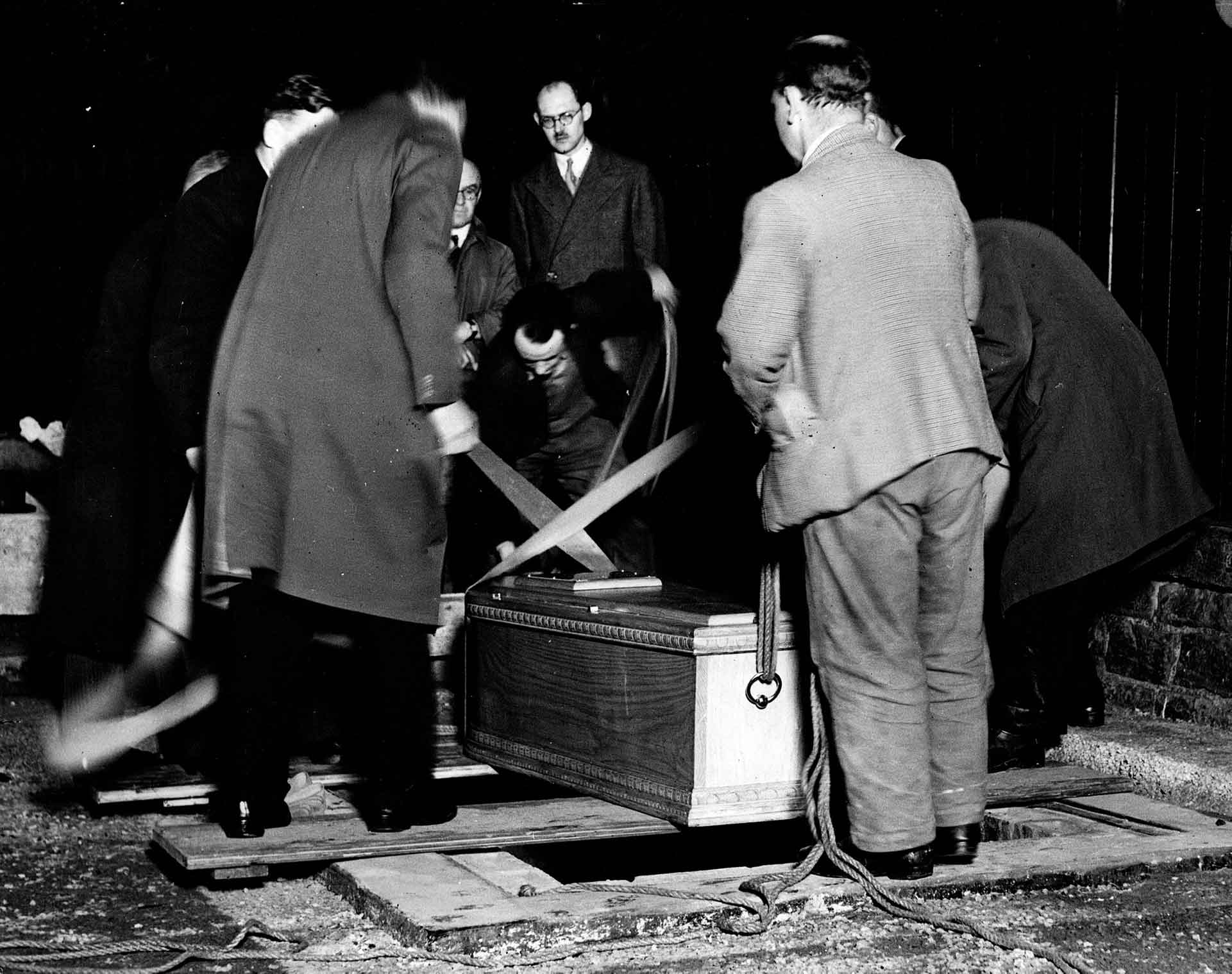 After his grave was rediscovered in Salford, the remains of Ensign Charles Ewart were reburied in a tomb on the Esplanade at Edinburgh Castle. A granite memorial to Ewart was unveiled at an official ceremony on 16 April 1938, attended by a guard of honour and the military band of the Royal Scots Greys.

Ensign Charles Ewart's reburial on the Esplanade at Edinburgh Castle, 1938.