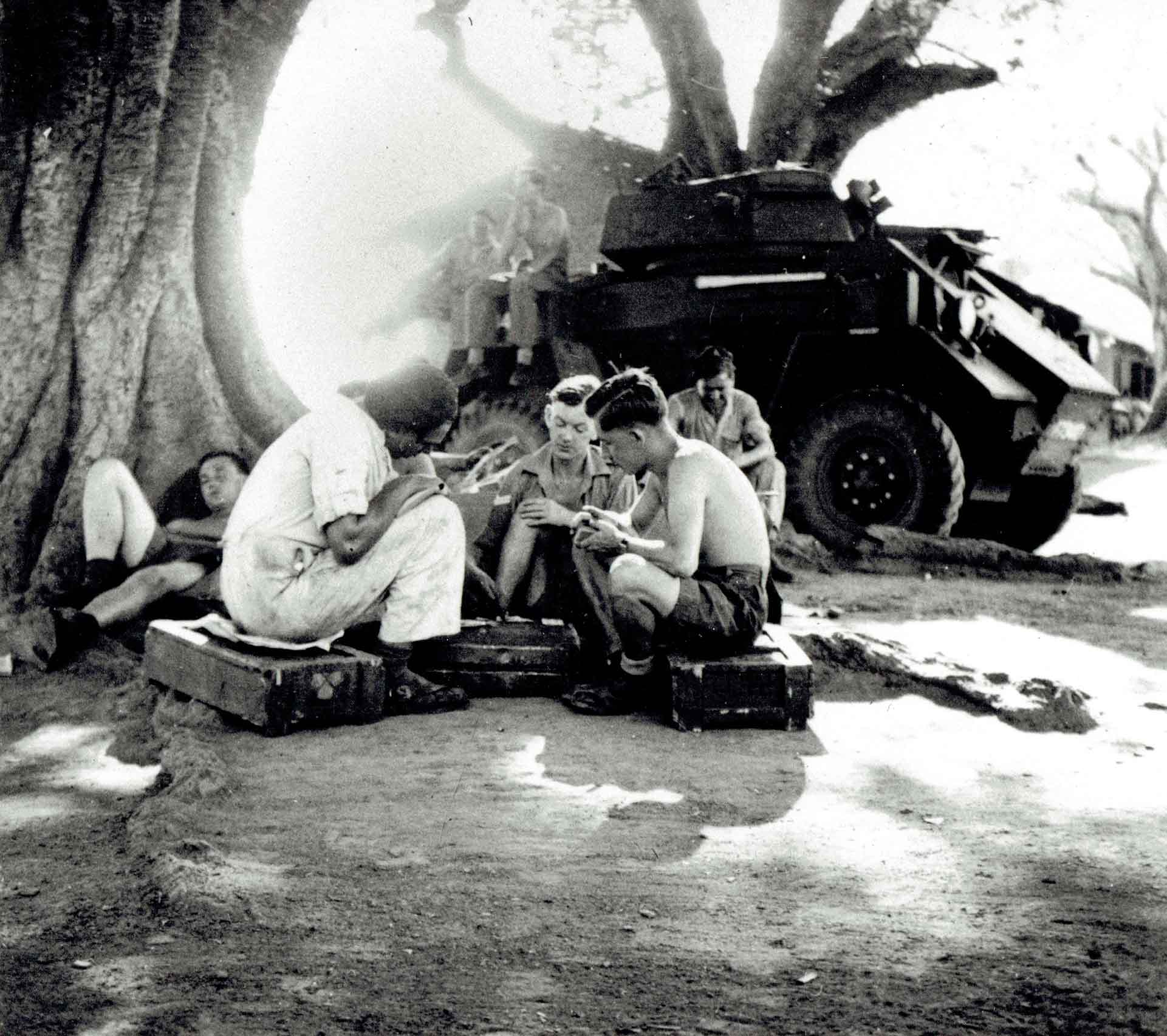 The 25th Dragoons were raised at Sialkot in February 1941. The 3rd Carabiniers provided most of the officers and the largest contingent of other ranks, with the rest drawn from the East Yorkshire Regiment and other infantry units. In February 1944 the regiment joined the 7th Indian Division for a counteroffensive against the Japanese in Arakan, which saw some of the heaviest fighting of the Burma campaign. After the war, the Dragoons remained in India until the country became independent in 1947.